Ekiben: Taste the Romance of Travel 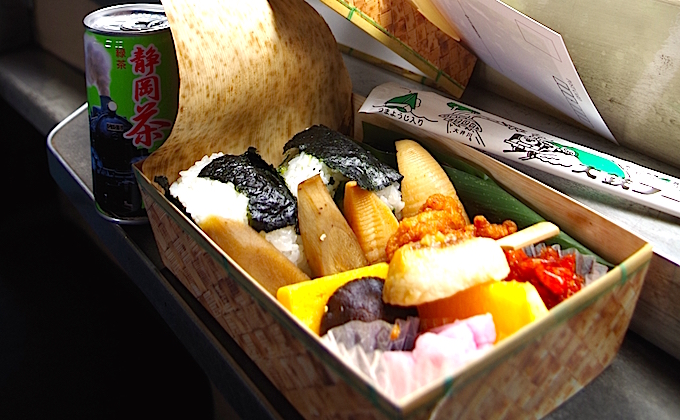 Ekiben, boxed meals, are essential companions, adding to the fun of railway travel. Often packed with delicious goodies of the local area in which they are made, ekibens, in many cases, are only available to travelers. It is a great moment when you sit back and tuck into an ekiben while enjoying the scenery flowing past you. 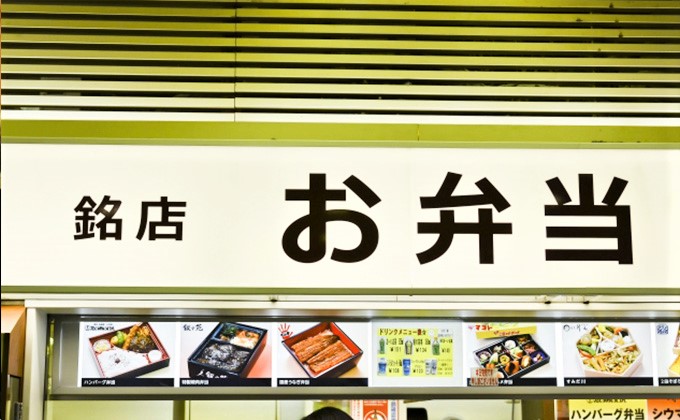 The term "Ekiben," is a shortened form of "ekiuri bento" (eki=station), which means boxed meals sold at railway stations or on trains. Ekibens are not like other boxed lunches, packed with typical side dishes like fried chicken or steak-burgers. The diversity of ekibens, containing items specific to each local area, is part of the appeal. 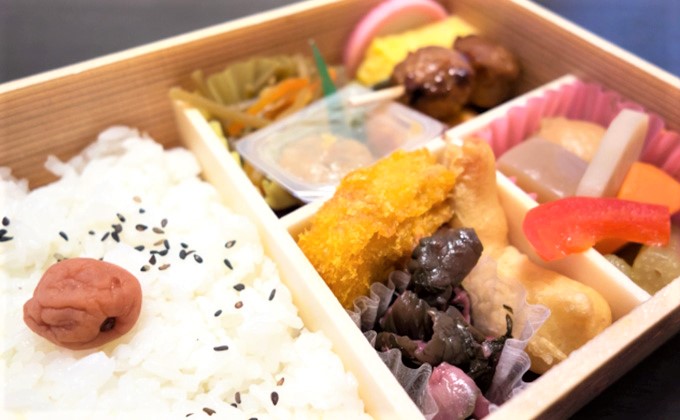 Ekibens are roughly divided into two main categories. One is the "makunouchi bento," which typically contains rice, grilled fish, fish cakes, Japanese-style pickles, and so on, and can be found anywhere in Japan. The other type is an ekiben with more local characteristics. These are prepared using local delicacies and recipes, and offer a sneak peek into the regional food culture of the area where you intend to visit, or are maybe just passing through. Enjoying an ekiben is one of the pleasures of taking railway trips. Many people look forward to a meal on the train, and railway timetable books often list famous ekiben available at major railway stations. 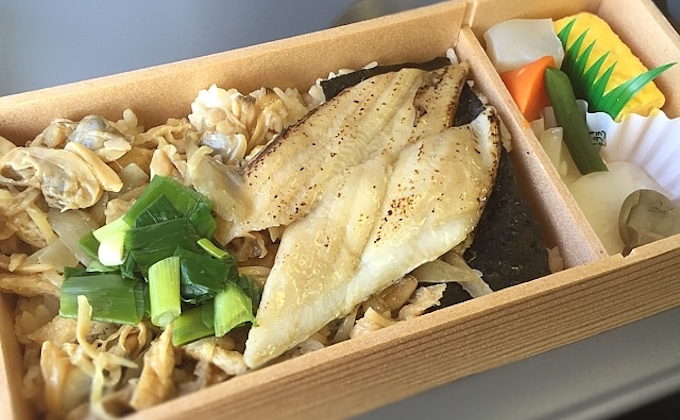 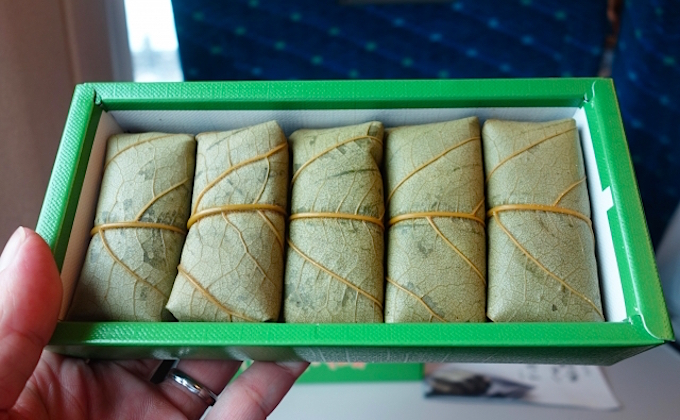 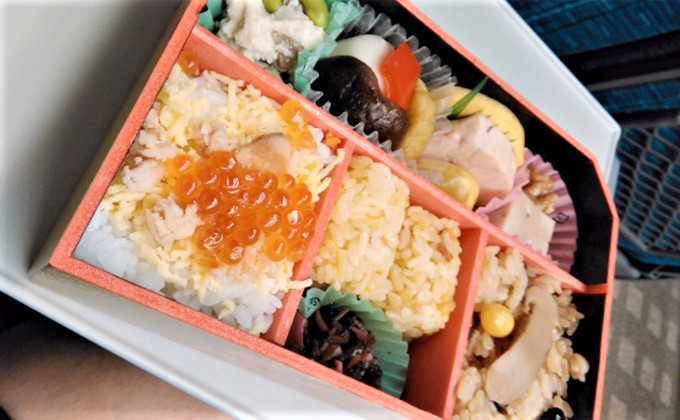 Japan’s first railway opened in 1872, between Yokohama and Shimbashi, in Tokyo, running a distance of 29km. There are several stories about the origin of ekibens and it is not clear which was the first, but one commonly accepted theory claims that ekiben made their debut in 1885. (The first restaurant car appeared in Japan in 1899.) At first, restaurant cars were aimed at the rich people who traveled in first class, and ordinary people had an ekiben or boxed meal they brought from home. As the nationwide railway network expanded and long-distance travel increased, a need for meals on the train arose and ekibens became more common. At that stage, however, ekibens were very simple, and there wasn’t the same wide selection that can be seen today.

Since the 1910s, ekibens featuring local flavors began to pop up all around Japan. In 1941, at Mori Station in Hokkaido, “Ikameshi,” which is rice-stuffed squid slowly simmered in a sweet and salty sauce, went on sale. Since then, it has become an ever-popular ekiben.

In the 1950s and 1960s, after World War II, there was a travel boom and interest in ekibens expanded. Ekiben events began to be held at department stores and other places, making ekibens available without having to travel back to the station where the originals are sold.

Up until around the 1960s, at large train stations, you could see peddlars carrying trays filled with ekibens, hanging from their necks, going up and down the platforms. The train windows were opened and hungry passengers bought meals through the windows.

In the 1970s, people started travelling by private car or airplane instead of train, and the number of ekiben makers began to decrease as the restaurant industry developed, and fast food and convenience stores became common. As travel time shortened, the need for meals on the trains also declined. Moreover, since trains were air-conditioned, it became impossible to open the windows. The stopping time was reduced, too, as trains traveled faster, and people could no longer buy food through the windows. Ekiben sellers are visible on platforms only at a few stations today.

The number of ekiben vendors is declining after hitting its peak in 1956, and those on local railway lines, especially, continue to decrease. Vendors are trying to develop innovations to stay in business, however.

One way is to make ekiben with added value by using local specialties and other characteristics only available in that area. They are also trying to better meet travellers’ needs by pairing ekibens with local specialty wines or sakes, or by making unique packaging in the shape of popular mascots or characters that can be taken home as a souvenir. An entrepreneur vendor also invented a self-heating bento container. When you pull on a string, the self-heating element at the bottom of the bento box gets started and the box heats up with steam. 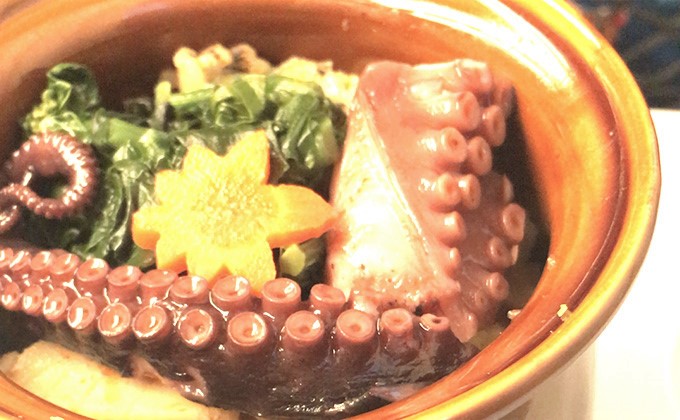 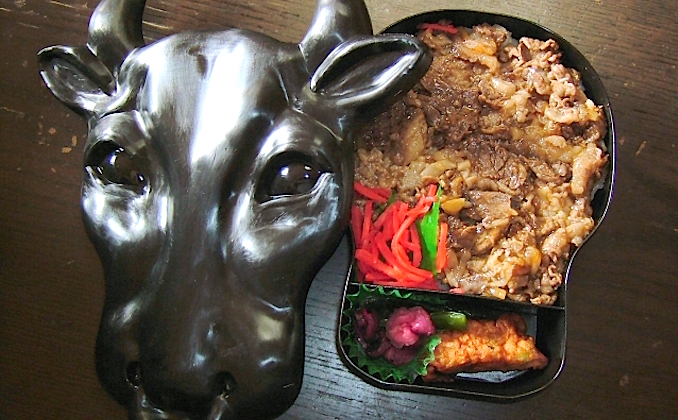 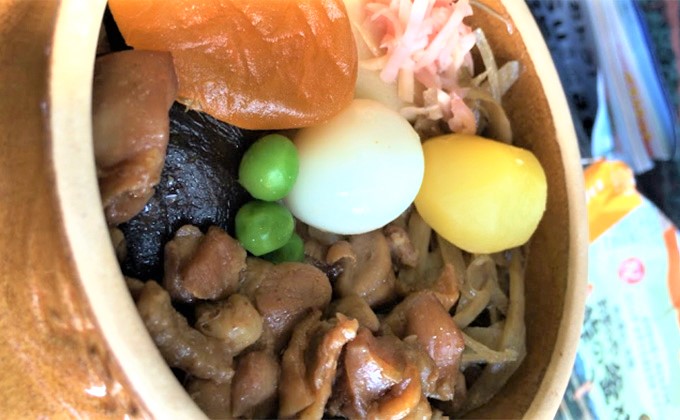 Furthermore, ekiben vendors not only wait for customers to come to the station, but also participate in events held at department stores and supermarkets, seeking wider sales channels. The “ekiben festivals” held at department stores and supermarkets are attracting hordes of shoppers. Events held at Keio Department Store in Shinjuku, Tokyo, and at Hanshin Department Store in Osaka, especially, are the largest of their kind. Over 300 kinds of ekiben are sold at Keio, and at Hanshin, over 260 kinds are available. These events are a big draw, as you can buy ekiben from all across Japan, and have a sense of travelling without having to travel.

What is so special about ekibens? How are they different from bentos sold at convenience stores or supermarkets?

As mentioned above, ekibens showcase the culinary traditions of different regions in Japan, so they are genuine, “locavore” food. They are sometimes made in small, family companies, too, and that makes them even more special. 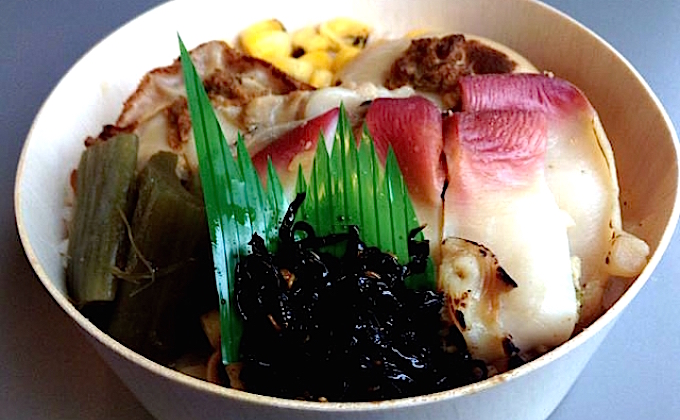 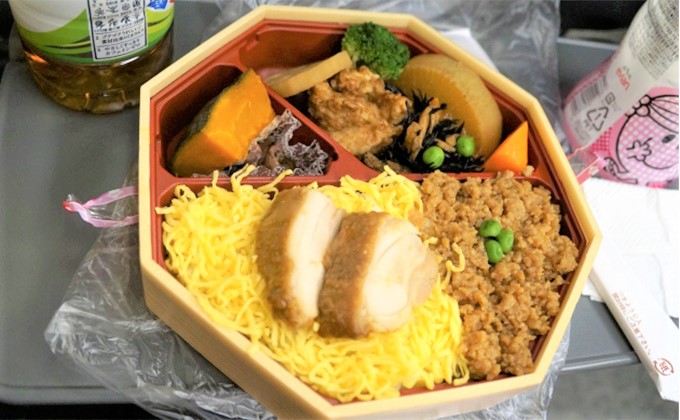 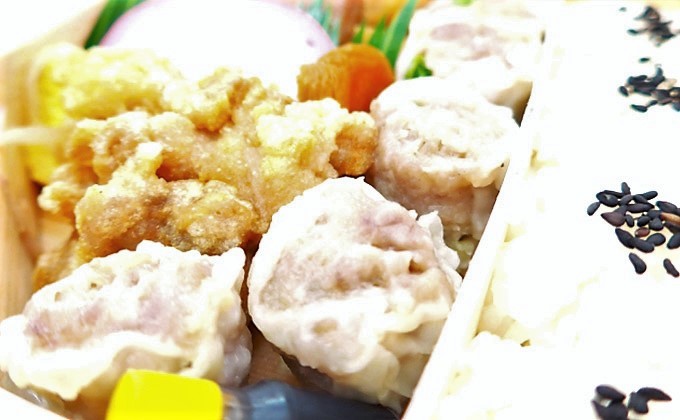 Nowadays, paper box-type ekibens are increasing, but old-fashioned ones come in a bento-style box made of thin pieces of wood, wrapped with a paper called “kakegami” and tied with a string. A lot of thought goes into the “kakegami” wrapper: it features the name of the ekiben and its ingredients, and motifs associated with places to see in local areas, enhancing your travel sentiment. Kakegamis have become a collector’s item among some enthusiasts.

We have more opportunities than ever, nowadays, to savor ekibens at department store and supermarket events, but still, enjoying an ekiben while traveling is something special that cannot be simply bought. Each ekiben is a result of special techniques to ensure that the color is well-balanced when you open up the box (which is easily held in one hand by the busy traveler with bags), the shapes of ingredients are easy to eat, and that everything tastes delicious even if it gets cold.

Ekibens cost an average of 1,000JPY – 1,500JPY, which is not particularly cheap on a tight budget. However, an ekiben will help make your travel time memorable and extra special. The traditional Japanese food found in an ekiben is also, usually, very healthy, so the variety of flavors will fuel you up for your next adventure.

Around the turn of the century, “soraben,” carry-in bentos sold at airports, appeared. As meals are not served to all passengers on domestic flights in Japan anymore, sorabens have been having excellent sales at airports. One of the main features of the soraben is the smallish size that facilitates dining in a small seat.

◆ Tokyo Station
Ekiben-ya Matsuri
In addition to famous and popular ekibens from all parts of Japan, Ekiben-ya Matsuri sells over 200 kinds of ekibens, including original ones, those available for a limited time period, and ekibens prepared on-site.