A Rural Saga of Birthing Babies in Japan, Part 5 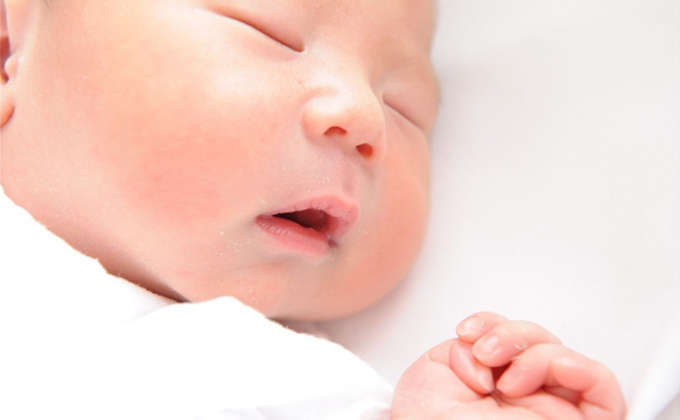 On our annual flight to the States, the five of us filled the center row of seats perfectly, and I had the sense that our little family was complete. The goddesses were laughing, though, and sent me another chance to get this parenting thing right.

Unlike my other pregnancies, however, this “change-of-life” baby was a dilemma from the start. After my jaw-dropping announcement, my ten-years-older husband immediately calculated that he’d be expected to work until at least age seventy to see this child to maturity.

After our third child was born, we had shopped around for someone to do a vasectomy in Japan, with no luck. Our doctor friend found someone to tie my tubes for me, but I had balked at the idea of more pain in that region after my last birthing experience. I felt it was only fair that my husband pick up some of the slack in this department. Another friend offered to do it in the States for a bargain $500, but it never officially panned-out, mostly due to hesitancy on behalf of my knife-shy husband. They don’t do a lot of cutting people open in Japan.

Pushing forty myself, with limited finances and three other children to care for, I wondered if my energy level could handle another. I also blamed my husband for never getting that “pipe cut,” as vasectomies are frighteningly referred to in Japan. I was too embarrassed to tell my parents, and confessed only to my sister-in-law at first, because I was actually considering terminating the pregnancy, and I needed a shoulder to cry on.

The same kind ob/gyn who had been there for my last pregnancy patiently listened to my tearful confession at my first prenatal visit: clueless of my pregnant state, I had imbibed way too much liquor on more than one occasion. I fretted about the potential alcohol poisoning my embryo had incurred, as well as my advanced age. He assured me that the baby was probably fine, and that my age was of no consequence, and gave me two weeks to make my decision.

On the day of my appointment, I rode my bike to the hospital. My husband called just as I was pulling in to the bike rack. “It’s your decision and I will respect whatever you decide, but for what it is worth, I want you to have this baby. We’ll make it work, so don’t worry.” I said thanks, but was still undecided.

I had always wanted four kids, ever since I was a young girl,
but once the reality was here,
I wasn’t sure that I could go through with it.

After a quick exam with “the man behind the curtain” (all pelvic exams in Japan are conducted with a curtain separating the patient and the doctor), I sat with my ob/gyn, still not sure what I was going to do. ”Well?” He said expectantly while the attending nurses gazed at me sympathetically. “I`ll do it!” I blurted. ”I’ll have this baby.” And that was that.

We called my parents together, and they were dubiously joyful for us. My mother worried that our finances would be strained to the point that our yearly visits would become impossible. My husband stepped up to promise that this wouldn’t happen.

Now, for the homebirth issue. This time, my ob/gyn was less nonchalant and pretty insistent that I get to the hospital ASAP once the contractions had begun. He speculated that this would be a quick labor and delivery. After my giant third baby, I was hoping for an easier birth and made concerted efforts to keep my weight gain as low as healthily possible. And I was pretty sure that this baby needed to be born at home, too.

We contacted the midwife who had delivered Pumpkin and Jo-Jo, and she came for a prenatal home visit, but gently refused our request. Having risen in the ranks of midwifery, she was now a charter member of a self-governing group of midwives who, unfortunately, had a “no homebirths” policy. She feared an accident that would ruin her dignified reputation. She wanted her signature on nothing.

Here, our dear friend and internist came to the rescue. He worked at a smaller hospital with midwives who no longer had the opportunity to assist in births, as deliveries had been relegated to the main, general hospital for the last ten years. He introduced us to a kind delivery nurse who was interested in the idea of attending a homebirth. Somehow, our favorite midwife, this new nurse, and our doctor friend got together over a round of drinks and decided that they would endeavor on our part to make this homebirth a reality. Oh, thank the goddesses!

I continued the monthly prenatal check-ups and even attended a hospital-sponsored birthing class where I discovered even more reasons to have this baby at home. As there were only two birthing beds, separated by a flimsy curtain, if your delivery happened to coincide with someone else’s, neither party’s spouses would be allowed in the room, out of respect for the other’s privacy. Now, if that’s not a deal-breaker. I don’t know what is!

I asked if my daughter could attend instead of my husband, or even my mother-in-law. The answer was, “No.” Unbelievable. I definitely did not want to be in there alone. What if something went wrong? What if I didn’t understand what they were telling me and I had to make a life or death decision?! Not if I could help it! So, I went through the motions of arranging a hospital birth, but my secret Plan A was to have this last baby at home.

A week before my due date, I drummed my heart out at the neighborhood festival, hoping that it would send me into labor, but to no avail. On the day before Ponyo’s expected arrival, I was waiting in the car for my kids to finish their piano lessons and writing in my daily planner over and over: “I really, really, really, (X150) want this baby to come out!” Never mind that their recital was in two days, I was DONE with being pregnant.

The next evening, we took a family walk to one of our favorite local restaurants. I asked the proprietor if she had anything on the menu to induce labor. “How about the demon dancing noodles?” she quickly responded, making me wonder if she’d gotten this request before! “You can choose the level of spiciness.” So, I asked for a three (out of five) and was given a hot bowl of ramen noodles. They were very spicy, but delicious, and I slurped them down quickly. The thick dark remains at the bottom of my bowl revealed the zesty culprit: black pepper!

Coincidentally, our neighborhood demon dancing group was having an after-the-festival party down the street, so my husband headed there while the kids and I started back home. We took our baths and just as I was getting into my futon, I felt my water break. “Those noodles work fast!” I remember thinking. Knowing that this delivery was probably going to progress quickly, I began rushing around getting stuff ready. Luckily, Pumpkin was now a super-excited, extremely helpful ten-year-old, and Jo-jo and Santa were already in bed. My husband came rushing home by taxi, and called our doctor friend and the two midwives.

The pains were not so intense, though, and I was able to fold laundry and get some other chores done before things started progressing. My support staff sat around chatting, drinking coffee (even Pumpkin had some because she was determined to stay awake!) and eating. I lamented my choice in final meals as the heartburn from my noodles proved demonic indeed, and my midwife encouraged me to go to the bathroom as much as possible.

Pumpkin and I took a walk or two, and danced some hula. My overall feeling was one of calm anticipation for the most part, until labor intensified, then all I could say was, “Itai…” (Ow!) All three older kids were awoken shortly before dawn to see the last member of our family be born. Our doctor friend dozed on the couch while our seasoned midwife directed her assistant. This time around, I felt a strong sense of communicating with the baby and could envision exactly where s/he was in the birth canal.

Finally, the euphoric release of birth was upon me and the follow-up frenzy began. I laid back, spent, while everyone else took over. My husband passed me the baby and Pumpkin immediately investigated whether the new sister she had prayed for had arrived, then bravely held back her tears as she announced the presence of a penis. My tiny twinge of disappointment at not being able to give her a sister evaporated immediately and was replaced with a flood of gratitude for this safe homebirth assisted by excellent professionals, and another healthy baby. He was examined by our doctor friend, who then signed off on all the paperwork and even sent a FAX claiming responsibility to my OB/GYN. God love him!

1. To have four uneventful deliveries in the comfort of my own home, surrounded by family, friends and dedicated professionals!
2. To be able to rest for weeks afterwards, nursing those babies and healing my body while my husband toils away both at home and in the fields!

These blessings are way more than I could have ever dreamed of, and yet, this type of birthing situation was the norm for long enough that I don’t feel too guilty, just eternally grateful to the people who made it possible and the country that backed us up.