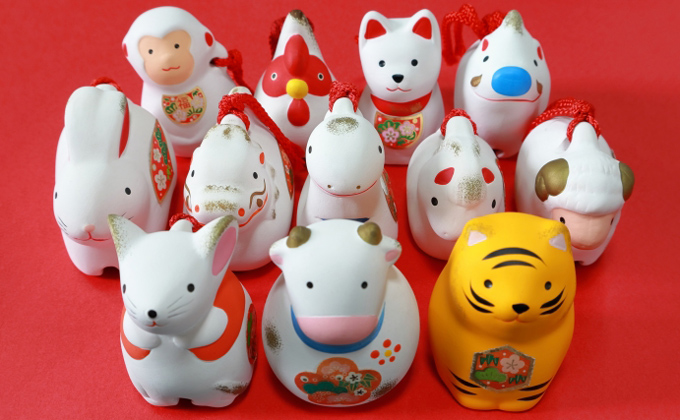 Did you ever go to a Chinese restaurant and look for your Zodiac Animal on the paper placemat? I was always slightly disappointed to find that my January birthday made me an Ox, and not a fearsome Tiger, with which I preferred to identify. So, imagine my joy at finding that Japan starts its own version of the Chinese Zodiac in January! Finally, I am the Tiger I always wished to be. It is possible, though, that being on the cusp means that I have some characteristics of the Ox. Maybe I’m an Oxer, or a Tix?

More than the monthly horoscope predictions popular in the States, the yearly fortunes of the Zodiac Animals tweaked by the five earthly elements (wood, water, fire, air and metal) fascinate me. For example, 2021 is the year of the Metal Ox and may be just what the doctor ordered after last year’s tumultuous year of the Water Mouse (more like Rat!).

Even a brief search resulted in several references to an ancient reverence for the Ox found in various Asian cultures. Of course, the animal’s usefulness in agricultural endeavors are obvious, but adoration of the Ox is also found in religions like Buddhism, Shintoism and even Taoism. Paintings, poems, parables and idioms featuring these diligent, peaceful creatures abound.

Not one of my immediate family members was born under the same sign, so it is easy to see whether the characteristics ascribed to each animal are actually present in their personalities. The overwhelming impression is YES! Researching these attributes has provided me with a deeper understanding of my spouse and children’s behavior, and given me insight to their motivations, resulting in greater patience on my part. Don’t get me wrong, I refrain from attributing every aspect of their personalities to their Zodiac animals, but being able to separate nature from nurture can be a big relief for an immigrant mom who frets about all the ways she might be messing up her kids. 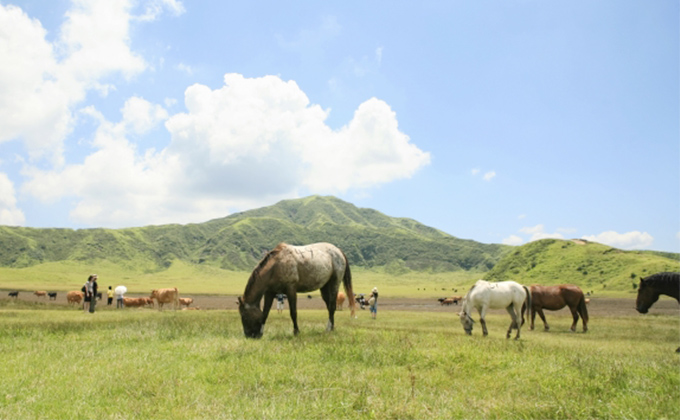 Take my daughter, for example. She is a Horse through and through: charming, gregarious, admired by many for her boundless energy and various endeavors, like cooking and art projects. She is also bored easily and prone to indifference. Being able to separate the less desirable aspects of her personality that may just be inherent from those that could be a direct result of my parenting mistakes reduces my stress, albeit slightly. 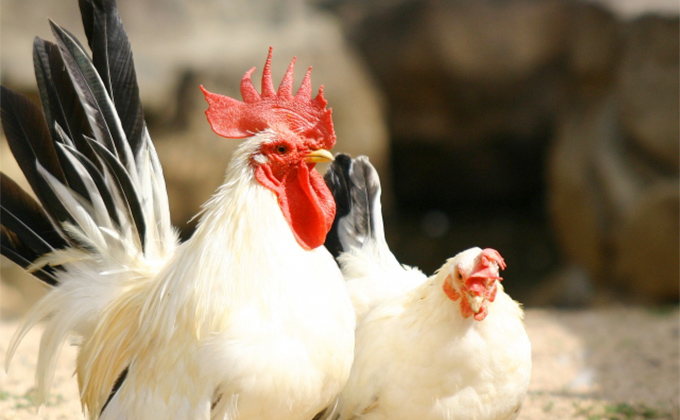 The same goes for my Rooster of a chonan (eldest son, which comes with its own issues!). While extremely independent, and devoted to friends and issues he feels strongly about, he often overestimates his abilities (especially when it comes to academics), resulting in frustrating failures. I have been fooled by his easy confidence enough times to know that I must listen to his elaborate plans with a dubious heart, not an easy task when he is so sure of himself and totally adorable! 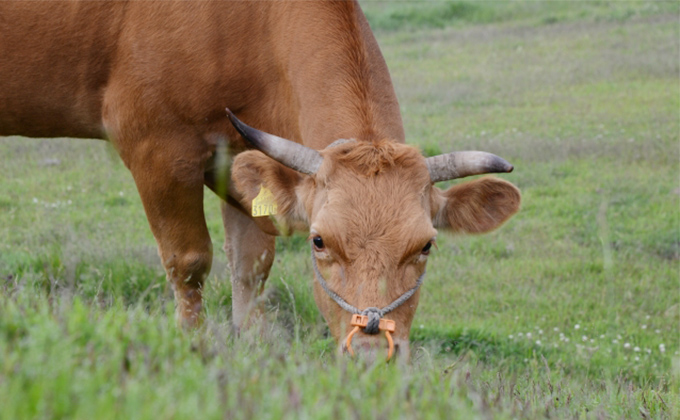 My second son is my most challenging child and I have listened to more parenting podcasts than I care to admit, seeking advice on how to deal with his idiosyncratic personality. It was only when I discovered various descriptions of Ox and their characteristics, however, did I gain a new understanding of his uniqueness which resulted in a fresh perspective on how to go about parenting him. I now have deeper respect for the stubbornness that is born of a deep desire to stay on his own chosen path. I see more clearly his hardworking nature, skill in speaking his mind and patience, too. 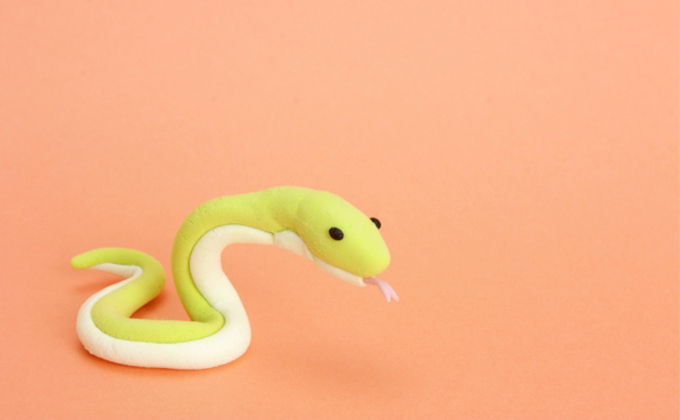 My fear of snakes had to be overcome when I discovered that my fourth child would be born in the Year of the Snake. My third son’s persistent nature is mirrored in his classmates as well, providing excellent proof of one defining characteristic: these kids HATE to lose. From relay races to bingo to rock, paper, scissors, not winning is bound to bring on the waterworks. As I am in charge of the English curriculum for the “snake pit” otherwise known as first grade, knowledge of this shared trait passed on from their Zodiac animal informs my lesson plans as I attempt to avoid overly competitive activities. Yet, my baby does show positive aspects of his sign; he is wise beyond his years and extremely observant (especially when it comes to his older siblings and the fair distribution of snacks!). 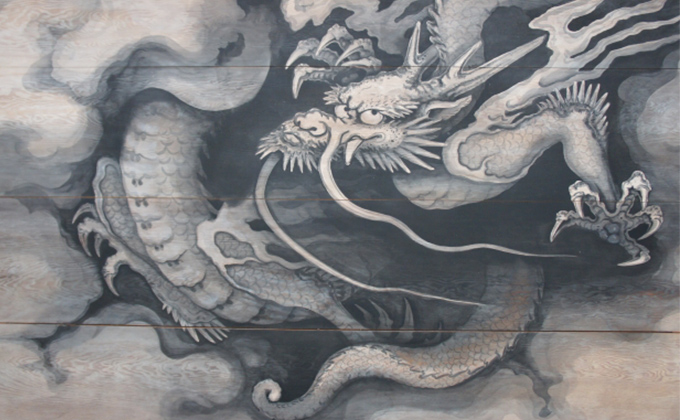 Now on to my spouse. If you’ve ever watched Spirited Away, you may remember Zeniba’s diagnosis of Haku the Dragon: kind, but stupid. My husband is not stupid, but he is kind to the point where he is often taken advantage of (including by his own family members). Despite its ability to fly, Dragon came in fifth in the New Year’s Race because it stopped to help Rabbit cross the river. Interestingly, the Dragon is the only animal in the Zodiac that is fictitious, so it is thought to be the most unique of the twelve signs. Vigorous and loyal, Dragons also have a tendency to be tactless and intolerant. Hmmm… 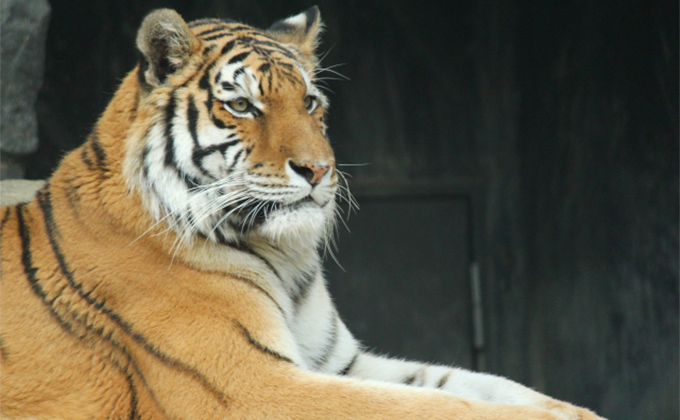 As for me, my colorful, passionate rebelliousness is typical for Tigers, and I am similarly debilitated by my quick-temper and general bossiness. Excessive pride leaves me vulnerable to criticism and I take more time than most to lick my wounds. To compensate, I try to call on a few of my oxen tendencies, especially skillful speech and patience.

Let’s take a look at my family of origin, where some of our animals overlap. My parents are Oxen, both with a work ethic that has kept them employed way past official retirement age. My brother is a Dragon of the kindest kind. His wife is, too, and her loyalty to our family is unshakable. Their kids: Wild Boar, Mouse and Rabbit, are, respectively brave, charming, and a smooth-talker with fine taste!

Superstitions related to these characteristics can be found in various aspects of Japanese life, like Snakes will always be able to get money (put a snakeskin in your wallet for some financial assistance!), and Rabbits are lucky (think rabbit foot key chain!). Likewise, if it is “your year,” you are called Toshi-onna (Woman of the Year) or Toshi-otoko (Man of the Year). I have high hopes for my second son and parents for an amazing 2021! Luck and happiness are bestowed upon you, plus you get to do fun things like throw the dried soybeans during Setsu-bun (the “Out with demons, in with good fortune” bean-throwing, pre-spring tradition on February 3rd). I have high hopes for my second son, and maybe even a few for me, for an amazing 2021! If you make it to age sixty, then that is your luckiest year of all, because you will have completed the full cycle of animals and elements!

This mysticism can sometimes be a disadvantage, though. One notion was so strong that it even affected the birth rate in Japan in 1966! It was the year of the Fire Horse and girls born in that year were predicted to have extremely strong-willed personalities that might affect their marriage prospects. Genuine belief in this superstition is thought to have been reflected in a significant drop in births that year! I mourn the potential loss of all of those awesome girls… 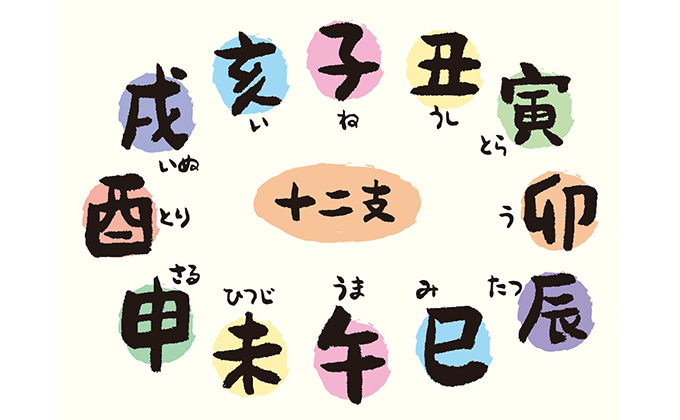 Most Japanese people I know can recite the order of the animals in the Zodiac by memory, with a few names that are not used in normal daily life: Ne (short for nezumi, rat), ushi (ox), tora (tiger), u (short for usagi, rabbit), tatsu (dragon), mi (a total deviation from the word hebi, snake), uma (horse), hitsuji (sheep), saru (monkey), tori (short for niwatori, rooster), inu (dog), i (short for inoshishi).

These chosen ones even get special kanji! 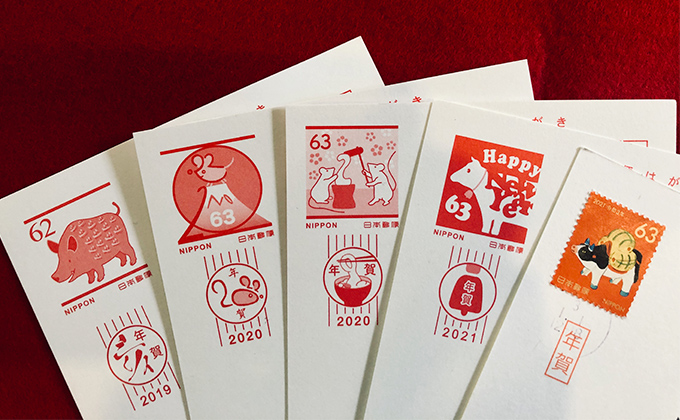 At no time is it more obvious that these animals remain a strong influence in Japanese culture than New Year’s. New Year’s Cards almost always feature the animal of that year, even down to their stamp! The distinctive kanji reserved for the singled-out twelve are often displayed on these cards as people show-off their calligraphy or poem-writing skills. In fact, writing and receiving New Year’s postcards is one of the ways children are familiarized with the animals and their story.

What story, you ask? Well, the story of the New Year’s Race, of course! It goes like this… 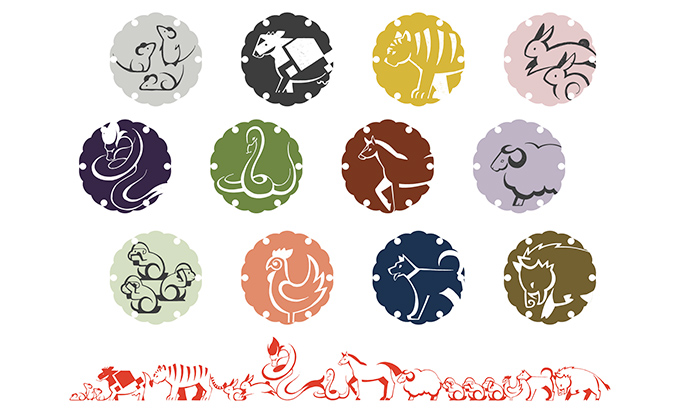 The New Year’s God (or Buddha or the Jade Emperor, depending on the version) sent out a message to the animal world: rank in the Zodiac Calendar would be determined by the speed at which an animal passed through the heavenly gates on New Year’s Day (one version has the Emperor hosting a dinner, instead). Thirteen animals were interested in the competition, but Cat had a habit of sleeping in and asked Mouse to wake her. Unfortunately, Mouse forgot and so, until this day, Cat chases Mouse. There are several variations on this scenario with one being that Mouse deliberately told Cat the wrong day, and another one describing a devoted Mouse trying desperately to wake Cat, but sleepy Cat could not be roused.

The early-risers were first, Cunning Mouse and Diligent Ox.

Mouse got up early and raced towards the gates, but encountered a river which he couldn’t cross. He noticed Ox about to cross further down the river and jumped onto his back. Ox either didn’t care or didn’t notice and plodded on. Just before they reached the gates, Rat jumped out and raced ahead to be first. Ox came in second.

Next came Fearsome Tiger and Timid Rabbit, then Beautiful Dragon and Crafty Snake.

Rabbit had trouble crossing the river and required some assistance from kind Dragon, but was then chased by Tiger! Forced to hide in some bushes while Tiger came in third, Rabbit ended up fourth. Dragon was noticed by the god/emperor and welcomed as number five, and her son was offered the spot of number six. Crafty Snake claimed to be Dragon’s adopted son, however, and took the spot instead. In another version Snake hitches a ride around Horse’s leg, then leaps out to come in sixth at the finish line. It is also said that Dragon noticed poor Rabbit struggling to cross the river and stopped to help, which made Dragon, even though she is able to fly, only number five in the line-up.

Polite Horse and Sheep were next, followed by Monkey, Rooster and Dog.

Each insisted that the other go first and so they took their places respectively as seventh and eighth. Monkey and Dog could never get along, while Rooster was friends with both. So, Rooster went between them to keep the peace. They are ninth, tenth and eleventh.

Poor Wild Boar ended up last, and Cat woke up too late to place at all.

Because she cannot turn down a delicious meal, Wild Boar stopped to eat along the way…and Cat has no year named after her. Although rumor has it she beat out Rabbit and made the line-up in Vietnam!

So, whether you see yourself in these animals, or prefer other means of guidance, I hope you enjoyed this little dive into what makes the Japanese Zodiac tick. Don’t forget to look for signs of their influence on everything from temples to New Year’s cards, too.