So You Married a Chonan (the eldest son) Part 1 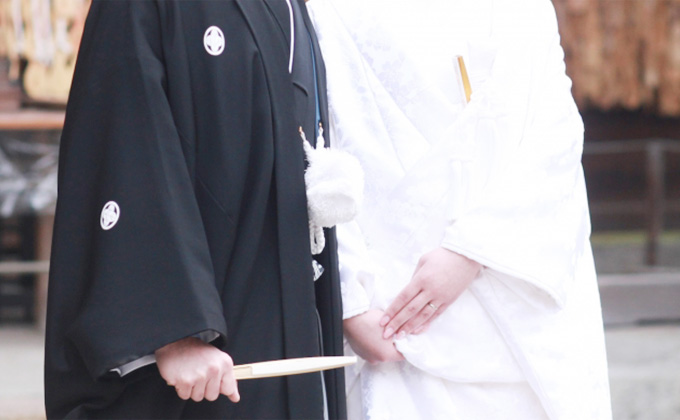 Of course, it depends on the man…

As is true in any marriage, there is a division of labor in the home: child-care, housekeeping, finances. Who does what is a common point of discussion, and who does more is often a point of contention. Keeping a balance may prove slightly more difficult when one half of the married party is a foreigner. Japanese men come in all shapes, sizes and dispositions, so the amount of childcare, housework and financial responsibility your husband/life-partner can provide depends on how he was raised, his life experiences and philosophy, and how he feels about his mother. JUST KIDDING! (No, but really, it probably is a factor.) How much YOU, as the foreigner, can do also depends on several things, including your ability to communicate in Japanese and your career or job.

You may find that you have to rely on your husband for things you were once able to do on your own, even simple things like: making a doctor’s appointment, mailing a package, going to the bank, making a phone call, or talking to your child’s teacher.  If you are the independent type, this may take some getting used to, or it may motivate you to study the language more!  The (un)availability of your husband to accompany you or assist you in these things may also be a source of frustration.  Try to plan ahead and give him advanced notice as to when his presence will be necessary.  Or get out your J-E dictionary, head into town and give it your best shot!  Japanese people are renowned for their kindness and are likely to bend over backwards to assist the foreigner (near tears!) who is making such an honest effort.

Communication, the backbone of any relationship

The first thing that comes to mind when considering the success of international marriages is communication! For many couples, language can be a problem. Both parties may speak a little of the other’s language, but misunderstandings are likely to surface. Learning Japanese in order to get closer to your spouse is great, but it takes time to master a language, and English, though formally taught in Japanese schools from junior high on, is considerably difficult for a majority of Japanese people to actually speak.

Experts recommend using not only words, but utilizing facial expressions and body language, as well, to ensure effective communication. This is especially useful when considering that communication in Japanese is often more about what is NOT said, than what is actually spoken. It is also suggested, on the Expatica website, that you try not to focus on your partner’s grammatical errors, and avoid turning every conversation into a language lesson. This is all fine and dandy when it’s just the two of you, but what about when kids enter the picture…

What a fantastic opportunity it is to grow up in a house with native speakers from two different countries!  International couples who have kids can provide them with the enviable skill of being bilingual (or more!), opening up future opportunities for education, travel and employment.

An important aspect of raising bilingual kids is providing a good model of the spoken language.  The most common recommendation is to have each parent speak his or her native language with the children.  So, if the father is native Japanese, he would use only Japanese when speaking to his child or children, and the mother would speak only her native language when addressing the kids.  This works in many ways, especially with young children, because the child is able to associate a face with the language, therefore allowing him or her to predict the appropriate language to use with people outside of the family, too.  It can sometimes be confusing, though, when a Japanese person attempts to speak English with a very young, bilingual child.  The child associates the face with Japanese, and may respond in Japanese, despite the person’s efforts to speak English.  Around about three years of age, however, the child can begin to respond in the language in which he/she was addressed, regardless of the facial features of the speaker.

Things become more complicated when you consider the location of your home.  Are you living in rural Japan?  Are there any other native English speakers around?  If not, then, hearing excellent English from you, the resident native speaker, is going to be a crucial part of your children’s education. It makes sense, then to have each parent continue to model his or her own language. Though desirable on an educative level, it could make for some pretty weird family dynamics if what is being said is being totally missed by one of the parents. This can be avoided, of course, if that parent speaks up and says, “Wait! What did s/he just say?” It gives the kids a chance to clarify and translate for their clueless mom or dad, and can also alleviate the tendency for one language to become dominant.

Once the child starts school, however, and if the school is a Japanese one (not an international school), he/she will be immersed in Japanese for a greater part of each day, so making a rule about speaking only English at home may be necessary. This is where the “not turning every conversation into a language lesson” gets tricky.  The most common advice for correcting language is to repeat the incorrect phrase or sentence, correctly, as soon as it is spoken.  For example, if my Japanese husband says, “He go to school already,” I should immediately say, “He went to school already?” Then, he can repeat it back to me correctly, confirm that what I have said was what he meant to say, or just go on with the conversation. In the finite time of busy households with two working parents, plus children who need to get to school or daycare on time, basic conversations can take up to three times longer than normal, creating stressful situations. Focusing your energy on the children’s language at these times, rather than your husband’s, is probably the best path. Rushed mornings with half-communicated plans and instructions can drive you nuts in any language, so setting some ground rules for language use (like: schedules are discussed at night, after the kids are in bed, or parents speak their own, native languages at breakfast!) is a must and may eliminate frustrating scenes of having to correct your partner’s grammar as you are rushing out the door!

Additional rules, like watching only English TV programs or DVDs during the week, keeping the computer and video games in “English mode,” and Skyping with English-speaking grandparents or cousins regularly, may also be necessary.  Requiring the completion of English “homework,” on a daily basis will also strengthen your child’s language development.  Bedtime stories, too, should be in English as much as possible!

The formal study of English in Japan starts out gradually, in elementary school fifth and sixth grades, then becomes an actual school subject (with tests and stuff!) in junior high, high school and university.  Giving your kids an edge with English will most certainly assist them in the competitive world of the Japanese education system, and just might make up for being singled out as a “half” their whole lives.

A Common Question: Will my child’s language development be delayed if he/she is bilingual?

It definitely depends on the individual child, but language delays due to bilingualism are not a given.  In this author’s experience, four out of four children being raised in a bilingual environment spoke at around one year old.  For one child, the first words spoken were the same word, in both languages: “hot” and “achi-chi,” due to the use of a woodstove in the kitchen that the child was constantly being reminded to stay away from.  But, the other three also started using both languages simultaneously.