Heading Out Into the Countryside? Channel Your Innate Tendencies to Combat these Three Pests 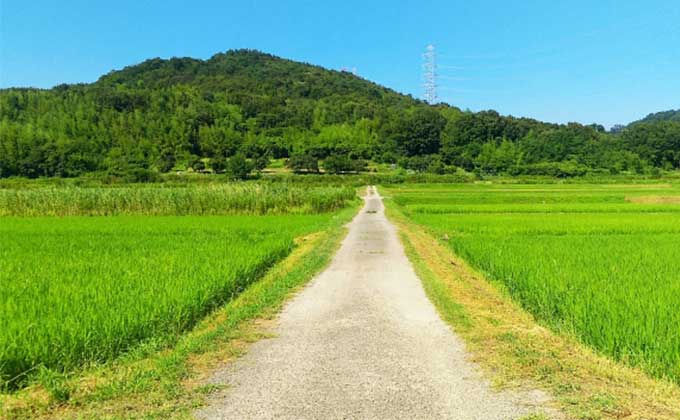 All climates have their creepy crawlies: scorpions in the desert, brown recluse spiders in the Midwest, and fire ants down South. Their abilities to annoy range from itchy swelling and discomfort to pink eye and babesiosis. Most humans choose to avoid these critters and take various precautions to prevent an encounter, but if you are planning a day trip to any of the rural areas surrounding Tokyo, you may run into a few. Trust your instinct to notice slithery things, which is automatic, but also has deeper roots than we realize.

I have been respectful, nearly reverent, to the mukade (giant centipedes) who visit my home on a remote and rural island in the Sea of Japan, in the hopes that they will leave me and mine alone. While the bite of a centipede is not fatal, it is allegedly very painful! Still, instead of chopping them up into pieces, lighting them on fire, cutting them in half with kitchen scissors, or boiling them in hot water, as so many websites have advised, I simply grab them with a set of pinchers and throw them outside. So, far, no one in my family has been bitten (knock on wood!). 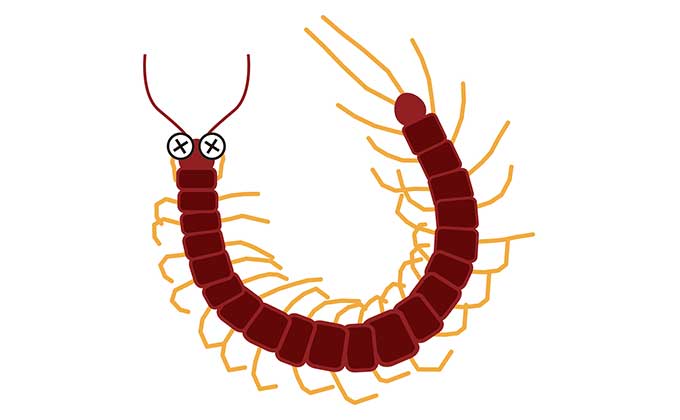 Last night, though, my middlest son came tromping down the stairs saying, “Mommy! There’s a mukade in my bed!” I grabbed the pinchers and dashed up. I stripped back the covers and moved the pillows around, but couldn’t find the vermin. When I lifted up the futon, though, there, curled up almost sweetly, was a chubby ten-inch centipede. I snapped him up and he wriggled desperately in the pincher’s grip. Holding on for dear life and never taking my eyes off of the thing, I flung him out the landing window. Needless to say, my son had a hard time falling asleep after this wide-awake nightmare. I checked my bed quite a few times throughout the night, too, I have to admit.

I would rather not use the advertised powders and sprays, which look more dangerous to humans than to the pests they are meant to deter. Centipedes, it is said, eat cockroaches, another reason to let them stick around. So, what is a “natural-is-best” mother supposed to do to make sure her family is able to get a good night’s rest? I asked the women in my office. “Put packs of hinoki cypress wood shavings around the room,” one advised and sent me the amazon.co.jp link. “Make a spray bottle with an essential oil blend of mint, clove, tea tree and eucalyptus,” said another. Hmmm. I do know a good essential oil dealer…

I quickly ordered the Keep Mukade Away wood shaving packs and distributed them around the bedrooms, then mixed up an essential oil spray to further prevent these creepy crawlies from initiating sleepover parties. My efforts seem to be successful, so far, as we haven’t had a centipede sighting in a few days (knock on wood!).

Messenger to the Gods

Oomukade, the giant human-eating centipede who can ironically be subdued with human saliva, is a yokai (a class of supernatural monsters, spirits and demons) from Japanese mythology which has made several appearances over the years. Said to be the messenger of Bishamonten, the God of Warriors and God of Fortune, centipedes are apparently revered for their tendency to wreak havoc. 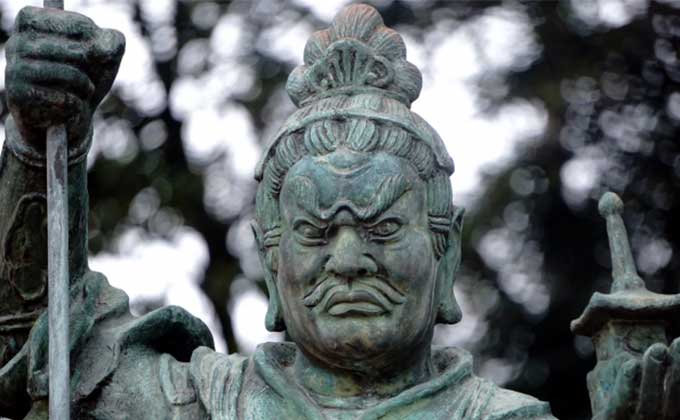 Their movement is an inspiration to samurai soldiers who move across the battlefield with unified steps, and the term for many legs, oashi, doubles as the word for cash, too. In fact, there is a temple near my home where the ceilings, pillars and walls are covered in various renditions of the mukade. Wood carvings, charcoal ink sketches, diagrams and even colorful cloth versions that hang like baby mobiles are proudly displayed. The godlike treatment of these creatures has seriously affected my attitude towards them.

For more images, check out the treasured pair of copper centipedes on display at the Hijiri Shrine in Saitama Prefecture. This shrine, linked with affluence, is associated with the ambitious Empress Genmei of the culturally impressive Nara Period (710-794).

Centipedes’ incredible abilities are not only considered divine, they have been harnessed to create video game creatures so real they’ll give you nightmares! Ninja-based TV shows and Power Ranger series feature centipede-inspired characters. Even Centiskorch, a powerful Pokemon in the 2019 Nintendo Pokemon Shield and Sword series, is based on Oomukade.

“There’s a mamushi in the wood shed!”

Vying for the top position of Super Scary is the mamushi pit viper. I’ve only ever seen one (from the safety of my car) up close enough to identify it. Short and fat with a triangular head full of venom, you do NOT want to be introduced to this guy. Recently, however, one crawled into the small space off of our mudroom where we light the fire that heats the bath, and my teenage son nearly broke a world record getting out of there. It quickly slithered into a crack in the foundation, so I barely got a glimpse of its tail, but the boy swears it was the dreaded mamushi.

I recall my father-in-law using a shovel to bash and cut off the head of a viper that appeared in the rice paddies where we were planting. I felt sorry for the snake, then, but I was childless at the time. Now, my mama bear instincts have kicked in and I would probably do the same, although I hope I don’t have to ever prove it. Stories from those who have been bitten in the leg by this Japanese version of a copperhead include the loss of tissue (the venom melts it!) to the point where there is a noticeable chunk missing, resulting in difficulties walking! Ah, no thanks.

My father-in-law’s reaction was rather uncharacteristic for a man of his generation, when many sacred areas and animals were revered for their association with all things holy. Efforts to revive traditional beliefs about snakes and other animals are currently being made in order to assist in the conservation of endangered species. Utilizing diminishing, but still existing cultural attitudes of awe and respect towards certain creatures in order to preserve their habitats is a genius idea! Snakes, especially, have enjoyed status as messengers of the gods, with the ability to bring good fortune to those who respect them, and bad luck to those who do not. Broad-leafed evergreen woods around Shinto shrines, sections of mountains believed to be sacred homes of snakes, even entire islands, have gained legal protection by turning cultural beliefs into conservation law.

When I became pregnant with my fourth child and discovered he would be born in the Year of the Snake, I tried to change my attitude from fear to respect. Character traits of people born under this Chinese Zodiac sign include wisdom, charm and determination, so I was definitely looking forward to meeting him. I didn’t know about it at the time, but I will try to get my hands on the book by Dr. Snake (Eiichi Takada): Good Fortune Comes to Those Born in the Year of the Snake. Snakes are apparently associated with prosperity, too, which is why if you find a cast-off snakeskin in good condition, you should tuck it into your wallet.

If you, too, would like to challenge your mindset about snakes, try paying a visit to some of these shrines dedicated to them. You don’t even have to leave Tokyo! Search out Okusawa Shrine, tucked away in a quiet Setagaya neighborhood, and see the giant rope snake guarding its entrance. Kamishinmei-tenso Shrine (aka Hebikubo Shrine) in Shinagawa has a great story about a white snake guardian. To round out your journey, take a trip to Nezu Shrine in Old Tokyo to meander down Snake Street, and visit the white snake who lives in a kaya tree and grants wishes. 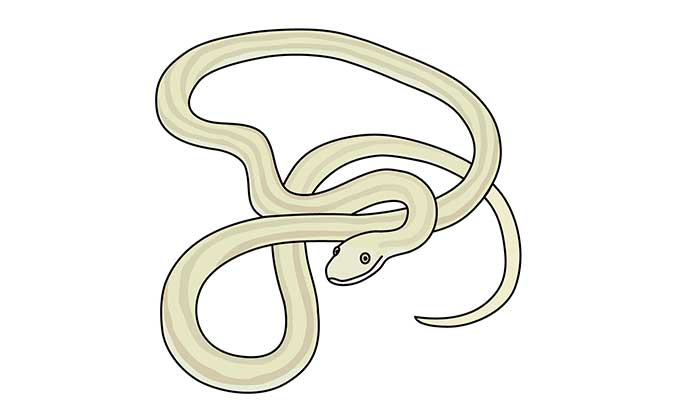 Here is another snake story that may challenge the way you think about these creatures. We had a nest of sweet little barn swallows and had been tracking their fluffy progress day by day. Our pictures of their flat-beaked faces peering over the edge of their mud-straw home had been posted on social media and “liked” worldwide. One day, however, their downy feathers were replaced by scaly green-grey. With a look in her eyes that said: “What!? I’ve got babies to feed, too,” the aodasho (Japanese rat snake or “Green General”) stared out from the rafters, too full to even get out of the nest. I forgave her on the spot.

Later, I tracked her progress as she hauled her bloated form, with five telling bulges, down to the floor and slithered off. Local lore states that every house has a Green General to watch over it and so, these non-poisonous guardians are rarely killed.

Finally, not so scary, but definitely annoying, is the buto. Smaller than a mosquito and shaped like a baby fly, these insects will not register on your innate radar and their bite packs a wallop. Yes, I said bite! 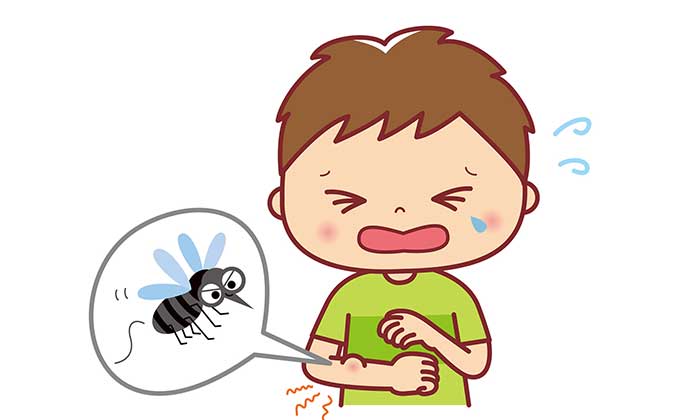 You’ll know it was a buto, and not a mosquito, because there will be a small wound and often a little blood at the site. While immediately itchy, the real treat usually comes within a half a day, when the area swells painfully and the itching intensifies! These symptoms can last from a few days to a week. 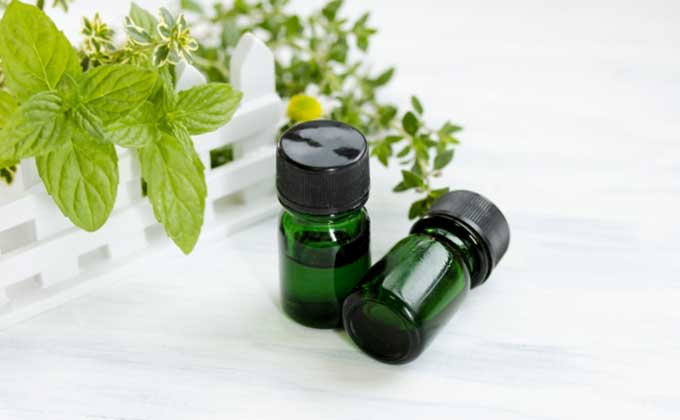 They adore the shin and ankle areas, hence the nickname “cankle-makers,” so try to stay covered, and mint oil based repellent is recommended. If you do get ambushed, cooling sheets or icing will help, as well as putting up your feet to relieve pressure on the swollen area. Any type of anti-itch cream can be liberally applied to bring relief, too.

Channel Your Ancestors for Protection

So, here’s some survival advice for those who might go looking for adventure in the woods around the big city. Inside, move carefully, watch the walls and floors, check under futons and in blankets before getting into bed. Shake out your rain boots and sneakers before slipping them on, just in case a centipede is taking a nap inside. Get yourself some cool Japanese geta (wooden sandals). I often just opt for my zori (Japanese flip-flops) because they have no secret hiding places. Come to think about it, mukade may deserve partial credit for the design of Japanese footwear!

When you walk outside, especially around beautiful rice fields, wear rain boots and stomp around to let the mamushi and other snakes know that you are coming, giving them time to slither away. I constantly comb the grass for movement, relying on my innate tendency to notice slithering, or bring my dog so that she can do her job of protecting us.

As for the tiny black flies that love to nibble ankles and give cankles, think mint. I’m intent on discovering the perfect minty deterrent, so buto-chans everywhere, be warned!

More links to whet your appetite for learning about Japan and all things Japanese.