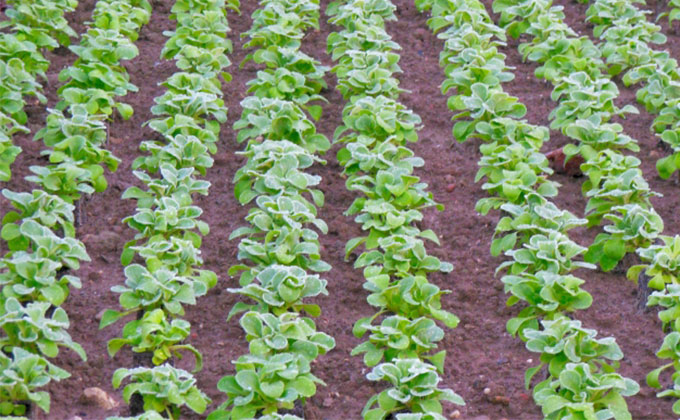 When I met my husband, he had recently returned to his homeland to study farming. His agriculture teacher was a seasoned farmer up on most of the new technology, as well as being privy to all of the old secrets. Sustainable farming had been the standard for thousands of years, but had been butted out by industry and was back to being just a fledging seedling in Japan. Though delicate and risky, it spoke to my husband’s ideology and personality. 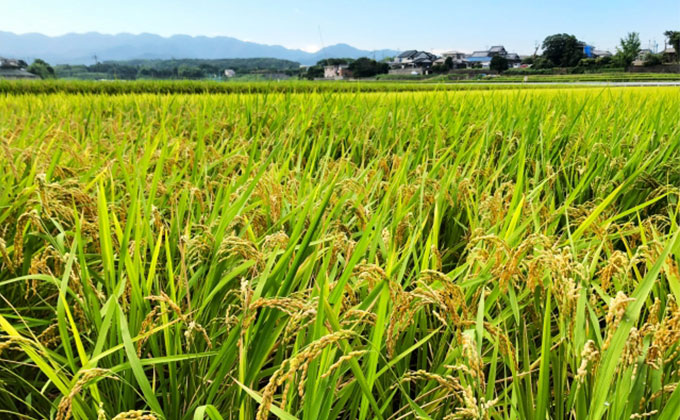 After over twenty years of various trials and errors, he is now in charge of several organic rice fields ranging from sake rice to koshihikari (the coveted brand). He even trekked to Tokyo in December of 2019, to accept an international award for the rice he grew with our local school’s fifth-grade class. His fields have been highlighted as “perfect examples,” by the prefectural cooperative of organic farmers, two years in a row. Rather than sell everything to the Japan Agriculture association, he has worked to establish private customers who sometimes receive personal letters and a small sample of my homemade soy sauce with their organic rice purchase. It has been a struggle, though, and the light at the end of the tunnel is still faint.

Recently, he came home frustrated with an old-school neighbor. “I’m the one who brought that fallow field back to fertility!” he fumed. “What right does he have to tell me that the bugs attracted to my rice are ruining his crop!?”

Why is progress so slow in Japan?

It is a combination of many factors, but principally supply side constraints. The reasons are the hot and humid climate, small-scale farming, no support from the government and the big influence that JA (Japan Agriculture) has on the industry. Most farmers get their finance, materials, pesticides and fertilizers through JA and it seems to be difficult for farmers to leave JA and go organic. Also, it is cumbersome and costly for farmers to get organic JAS certification so some do not bother. Imports have also been rather limited until recently. We are trying to address that aspect.

If my husband didn’t actively seek out lectures, friends and publications that support sustainable agriculture, he’d be lost. At 56, he is one of the youngest farmers on the island, indicative of both the aging population problem and the fact that farming is a rough career choice, despite government initiatives to entice the next generation.

On the bright side, people like Takako Yoshino are stepping up to combat this aging farmer trend. With her popular Oasis 21 Organic Farmers Asaichimura markets in Nagoya providing a stable venue to connect producers and customers, she is not only working to establish a strong community, she is creating hope for future farmers. Her New Farmer apprenticeship program, where budding agriculturists are paired up with experienced farmers for a year-long training period, is flourishing and attracts new participants every year.

Organic farming can still be a lonely path full of obstacles erected by those who should be onboard, however. “Mr. S. says that if he gets a low grade on his rice, he expects me to pay him the difference,” my husband went on. “And he wants me to move my organic rice somewhere else next year.” Seriously!?!?!

When the word “organic” causes your neighbors to shun you and draws blank stares from big company CEOs, it’s no wonder that Japan’s global organic presence remains less than 2%. Cushioning your product pitch with the words “high quality” and “high end” is reported to open more doors than saying something is organic. A new Japanese law that bans using words like artificial and synthetic on the packaging isn’t helping either.

On the other hand, the prevalence of kitchen gardens in rural Japan could be one reason why people don’t feel the need to shop for organic produce, especially in the country side where grandparents and friendly neighbors are always dropping off a box of something homegrown. I’d like to think that growing food for your family keeps the use of pesticides and other dangerous chemicals in check, as well. 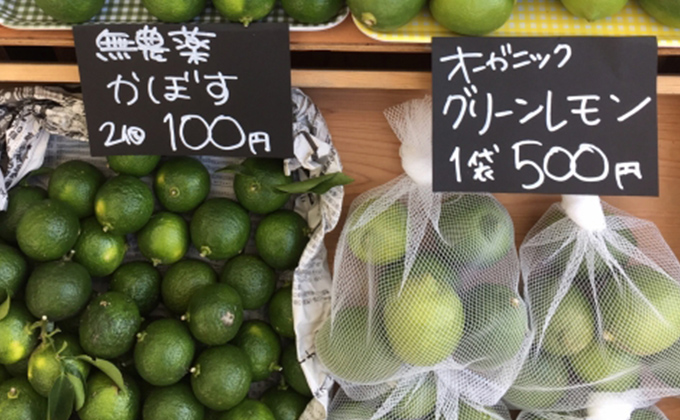 Those of us without a green thumb can benefit from the surplus of these neighborly veggie patches because many grocery stores have “mini farmer’s markets,” where local produce is sold. A JA-run co-op in my town even prints the grower’s name on the label, so you can select items from people you recognize and trust! Obtaining organic certification is an expensive process, though, so even if the farmer is not using pesticides or fertilizers, he or she may not be able to advertise that fact. I heard it through the grapevine that a certain local farmer’s carrots were essentially organic, so now, I search for her name whenever I shop.

Whereas in the past each household in rural areas also planted rice for the family, it is growing more common to have someone else farm your family paddies, or to let them go fallow (often a source of shame). In a country where rice is the staple food, I’m often surprised, however, that people who don’t grow their own are often willing to buy the cheapest bag without even checking where it is from.

A preference for white rice over brown rice, simply because a majority of people think white rice looks prettier, or because they are unaware of the many health benefits of brown rice, is also a concern. 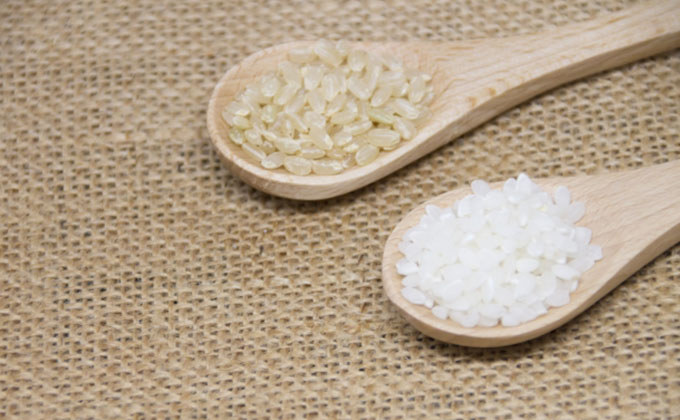 My daughter claims that her obento must have white rice or the other kids will laugh at her. It feels like a waste to shave my husband’s award winning organic rice at all, but our family has reached a happy medium by eating rice that has been shaved slightly, maintaining 75% or so of its whole grain value, but making it easier to cook and more palatable for the kids. They get white rice for school lunch anyway.

Japan is home to some of the most beautiful and delicious food in the world. In fact, there is an entire tourism industry built on it! Even the hane (imperfect) fruits and vegetables look pretty good. The Japanese food I enjoy on a daily basis is almost always good quality, due to being held to high marketing standards. Some even claim there is scientific proof that beautiful food tastes better!

Beautiful food is apparently healthier for you, too, because you are likely to slow down and enjoy it if the presentation is appealing. You wonder at each ingredient and savor its unique flavor or the ingenious combination of flavors. Small, satisfying dishes on pretty, individual plates and bowls, each with their own unique color and texture that seem to perfectly complement whatever is adorning them, add to the overall experience. 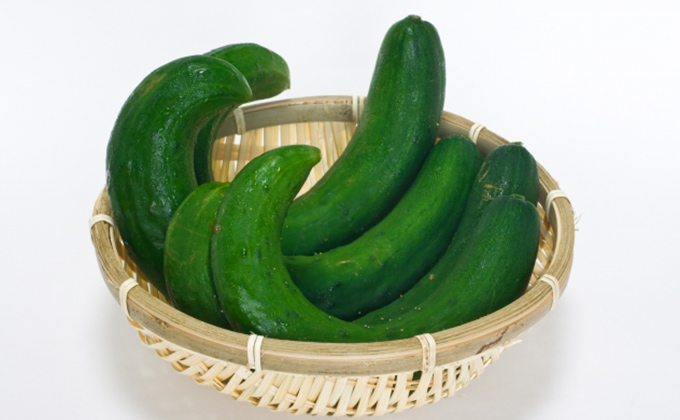 Could this focus on presentation be another thing holding Japan back from more enthusiastically going organic, though? Educating consumers about why their apples have a couple of “bug bites,” or why their rice is irregularly shaped, often falls to the producers, who are already swamped with growing a sustainable, environmentally responsible crop. Focusing too much on appearance leads to wasted food, as well.

“In the “teikei” system, consumers (usually urban dwellers) are supposed to be supplied with a surplus amount of producers’ crops and products. In a sense, they belong to one big family.”

Forest and Farm School in Hayama, Kanagawa Prefecture, looks like an active example of the teikei system. Connecting regular people with the cycle of planting, growing and harvesting creates a strong connection with food, and helps to rewire conceptions about how food should look. Chie Nishimura takes it one step further by utilizing imperfect produce in her canning business, Farm Canning. She has also expanded into catering, another way to get people to consume “rescue” fruits and vegetables that would have ended up going to waste.

Farm Canning comes close, but Japan needs more places like Misfits Market, where you can order a weekly or monthly “surprise” box of whatever is fresh and plentiful at the time. Cheaper than the supermarket with the added bonus of home delivery, places that “save” those fruits and vegetables that are often rejected by supermarkets and restaurants can help a lot more people eat healthily. If I ever start one, I’ll call it My Wabisabi Shopping Basket.

When I read Japanese Women Don’t Get Old or Fat: Secrets of my Mother’s Tokyo Kitchen by Naomi Moriyama upon its release in 2005, so much of it rang true with my own experiences of Japanese home-cooking. A daily diet of fermented foods, served with a conscientious nod to color, texture and seasons makes every meal feel special.

The discrepancies pointed out in this Guardian article by Hephzibah Anderson in 2008, however, also made sense. The need to conform definitely translates into pressure to stay thin, especially among women. My own teenage daughter refuses to eat anything after 7 pm, and will starve herself for a few meals if she has a beach date coming up. While I recognize these behaviors from my own youth, I’m slightly jealous of the foundation of healthy Japanese food she has in place and am confident that it will go to bat for her in the near future. She is already a much better cook than I am, and often attempts to re-create the flavors of her Japanese grandmother’s kitchen.

Growing up in Iowa, where the food culture centers round getting as much on your plate for as cheaply as possible, I find culturally steeped, portion friendly Japanese food a welcome reprieve. 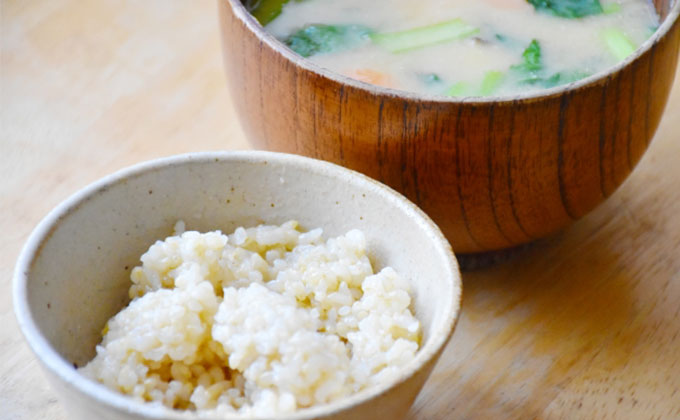 I rarely worry about my weight, yet feel pretty satisfied after every meal. Rice, miso soup, tofu and fresh, local produce are the mainstay of our daily diet here and that seems to work for me.

Japan’s food culture is practically perfect, so let’s take it to the next level and include going organic as a goal. You can start with this great list of stores and restaurants that promote, sell or make organic food in and around Tokyo. Pick a farmer’s market in your area and commit to going once or twice a month. Find and support your local organic farmers, or become one! I’m sure Ms. Yoshino would be glad to have you and MAFF might even send you a check…

Want to know more? Click  here for a collection of articles on everything Japanese