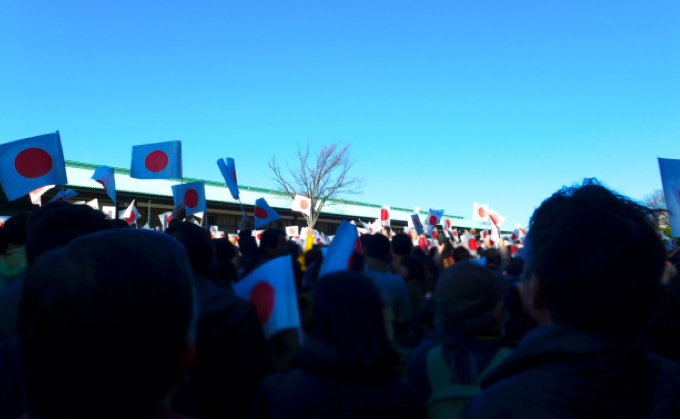 Though the US leader has proven time and again that he barely speaks English, Japan’s new Imperial Couple, Emperor Naruhito and Empress Masako, entertained President Trump and First Lady Melania in May without the help of translators! With this unprecedented achievement in the history of the Japanese Imperial family under their belts, these new, internationally modern leaders of the Reiwa Era are sure to continue impressing the world.

How They Got This Way

As with most things, it goes back to their parents and how they were raised. Emperor Naruhito was the first imperial prince to be raised at home with his family, rather than by nannies and tutors. His father, Emperor Emeritus Akihito, made several changes to imperial practices, including being driven around in a lower car in order to be closer to the people. His mother, Empress Emeritus Michiko was a commoner, and chose to do simple, everyday things like getting a Mother/Child handbook from the City Office when she found out she was pregnant. She is also reported to have left detailed instructions for her child’s care, including “giving him a good hug at least once a day,” before going away for a few days on royal duties. These little, humanitarian acts that most people probably take for granted, were actually radical changes in the way things at the Imperial Palace had been done in the past.

Emperor Naruhito was the first royal to able to choose his field of education, and he focused on the humanities rather than science, as his predecessors had. He studied abroad, lived on his own, and even performed regular housekeeping duties like doing the laundry. In his memoir, entitled “The Thames and I,” he highlights his two years in England as some of the happiest of his life.

Empress Masako is also well educated and had a childhood that was less conventional.  Her father was a diplomat, so the family lived in various places, including the USA and Switzerland. She attended an American high school and went on to study at Harvard University and then Oxford. Before she became Crown Princess Masako, she, too, was a diplomat and remains fluent in several languages.

Emperor Naruhito and Empress Masako supposedly met at a party in 1986. She was hesitant to join the strict, potentially stifling royal family as it meant, also, that she would have to leave her successful career behind, but eventually agreed to marry Crown Prince Naruhito in 1993. They had a daughter in 2001, but soon came under public scrutiny and pressure to produce an heir. Unlike the British Crown, females are not allowed to ascend the throne and there was talk of changing the law so that Princess Aiko could become empress someday.

With the birth of Princess Aiko’s cousin Prince Hisahito in 2006, the urgency of the succession problem waned. Current politicians are divided on this issue, as are most residents of Japan, with the majority in favor of allowing women to ascend as well as remain royal, and therefore, increase the heir-pool, despite marrying outside of the family.

Troubles with anxiety kept Crown Princess Masako out of the limelight for about a decade, but Empress Masako has already proven more than willing to rise to the occasion. This may be, in part, to her supportive husband’s public criticism of the rigid policies that have been a source of frustration for this new generation of royals.

Imperial Fashion with an Ulterior Motive?

Though there was probably a glaring lack of fascinators, the Imperial Family of Japan has already had several ceremonies of pomp and circumstance surrounding the abdication of the throne and subsequent ascension. Each lasted only about ten minutes, however, and few people were allowed to attend. For the regalia inheritance ceremony, where the treasures of Japan were brought out, not even Emperor Emeritus Akihito, Empress Emeritus Michiko, or new Empress Masako were invited! Never fear, though, the crème de la crème of ceremonies is yet to come.

This October, a special celebration to acknowledge the official ascension to the throne is planned. Spectators with an interest in traditional Japanese apparel should be sure to tune-in on the day because it is may be the only chance to see the Emperor in a kimono. Though the Empress and Princesses are often seen in beautiful silk kimonos, since the Meiji Era, the emperor has worn coattails for the majority of public events!

Why? I have a few ideas.
Worldwide, men are still seen as the ones in charge and, to borrow a phrase, “the ones who wear the pants!” Prevailing sexism, even in the 21st century, still colors our view of authority in the form of a skirt.

When a rare photograph of Emperor Meiji (1852-1912) in formal Japanese clothing got out, he was described by various Western leaders as “babyish” (Well, he WAS less than twenty years old at the time!) and “wearing a skirt!” First of all, kimonos are not skirts, and formal men’s kimonos are covered with something called hakama which are actually like really wide, loose pants. Second of all, review above point in italics! 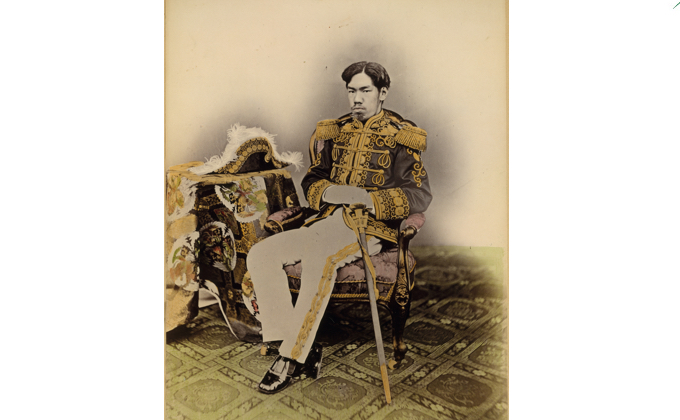 The world’s culturally ignorant reaction did not sit well with the proud citizens of Japan, and by the next year, their beloved leader was posed in a militaristic ensemble, with a short, parted haircut and facial hair. This profoundly shaped the way future emperors and leaders of Japan presented themselves for public functions. Reiwa Era Emperor Naruhito, despite, or rather because of, his confident global attitude, may change this policy and be the first royal in a long time to rock traditional Japanese garb.

So, what will this fabulous couple do in the Reiwa Era?

This commoner mother of bilingual children and willing conversationalist with anyone who has an interest in learning English has great expectations for the polyglots in the Imperial Palace, but also harbors a hope that may seem oppositional. It is that Emperor Naruhito and Empress Masako will take advantage of their unique position to fan the spark of internationalism in Japan surrounding preparations for the 2020 Olympics. At the same time, I would like to see them feed the fire of national pride in all things culturally Japanese: food, clothing, music, architecture, language, art. There is already interest from around the world, but can Japan’s citizens handle it?

If residents were armed with the skills and confidence to share the wonderfully complex and unique aspects of Japanese life with visitors, think of all the people who would go back to their own countries enriched by their experiences. Chances to wear a kimono, make soba noodles from scratch, take a calligraphy lesson or participate in a tea ceremony abound in places like Tokyo, but the countryside could also use a boost. Fewer visitors to remote villages and struggling seaside towns means lack of exposure to real, live foreigners and fewer chances to get rid of pesky stereotypes. This can lead to increased levels of shyness for the rural communities of Japan, yet they are perhaps the most devoted and knowledgeable caretakers of Japanese culture.

The new Imperial couple has already demonstrated to the people of Japan the importance of being able to communicate with guests from foreign countries, but what if they could also encourage citizens to open their minds to all different skin tones, body-shapes, hairstyles and eating habits. Maybe a more open-minded attitude would help with the problem of intolerance toward non-Japanese already living in Japan, too. Bullying of kids who are “half,” (biracial/bicultural), or those who lead alternative lifestyles of any kind, is still common in this land where conformity reigns supreme.

By setting a positive example, the Reiwa Team could strike this inequality of opportunities and start creating an era of truly positive cultural and international exchange.