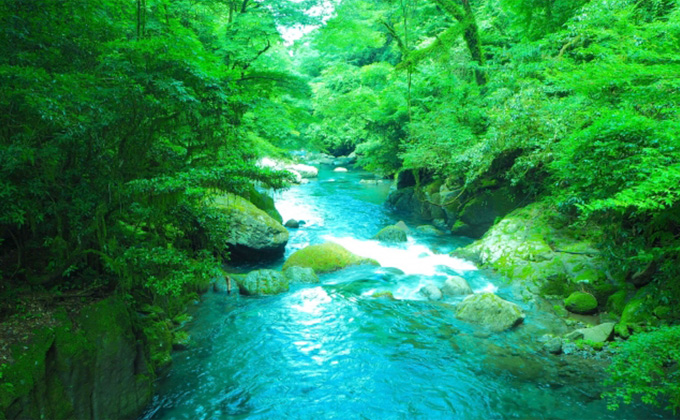 A special summer treat for the Edo townspeople

But what kind of special, but reasonably priced treat do you think was popular, especially in summer?

It was cold water!

Cold water was irreplaceable and valuable during the sizzling summer. Although the city of Edo had an advanced water supply system (and parts of the Tamagawa Aqueduct are still in use in Tokyo!), people sometimes suffered a lack of drinking water in areas of downtown Edo. In addition, well water often got cloudy after a rain, and the well-drawn water kept at home would get warm. Water peddlers appeared, therefore, who sold cold water drawn from artesian wells, for four mon per cup (approximately 100JPY today), usually with sugar and salt added. The water was sometimes sold with shiratama dumpling toppings, for eight mon per cup. 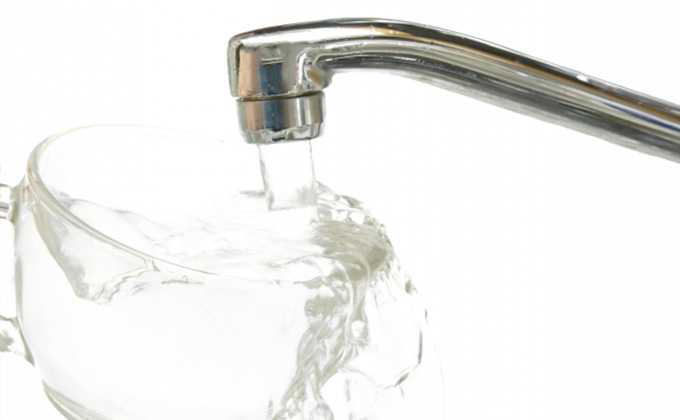 Tap water is safe to drink in Japan. Public water utilities serve 97% of the entire population today (the remaining 3% obtain water from their own wells or other unregulated water supply services), and water quality is regularly monitored so it meets the Drinking Water Quality Standards (50 items), which are continuously revised in order to reflect the latest scientific knowledge.

You might have noticed the smell of tap water. In Japan, tap water must be chlorinated and its minimum content level, set by the Waterworks Law at 0.1mg/L, is actually below the WHO’s recommended guideline value of 5mg/L. 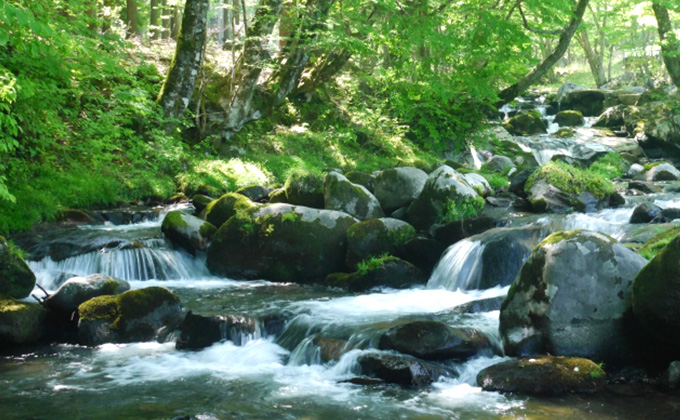 Hardness levels in drinking water are identified by several standards, and most of the drinking water in Japan is classified as soft or moderately soft (120mg/L of calcium carbonate) according to the World Health Organization Guidelines. Two thirds of the country is covered by forests and mountains, which are close to the shore, and the land is so steep that the water goes quickly down from the mountains to the sea. There is little time, therefore, for water to absorb minerals from stones and rocks. Furthermore, Japan’s soil is predominantly composed of igneous rocks, which contain fewer minerals than other types, like limestone, so the rain water percolating through these rocks picks up a limited amount of minerals. Thus, the water coming from the tap in Japan is generally soft. 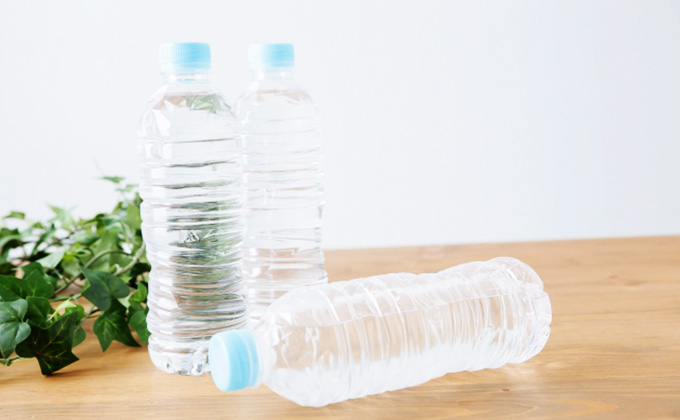 The consumption of “mineral water,” which is usually referred to as bottled water in English, has tripled in Japan since 2000, to approximately 3.5 million KL, including Japan-produced mineral water of about 3.2 million KL and imports of about 0.3 million KL in 2016. Currently, a total of 1,000 brands are said to be on the market, including about 800 domestic products and 200 imported brands altogether. The annual per capita consumption of mineral water in Japan, however, was a mere 28L in 2016, a significantly small amount compared to other countries such as the United States (120L), France (137L), and the greatest mineral water consuming country, Italy (190L).

Bottled water in Japan is divided into four categories by the Ministry of Agriculture, Forestry and Fisheries, based on the sterilization methods. Mineral water in Japan, in principle, must be sterilized before bottling, while in Europe, water is bottled fresh from the source, as is, and sterilization is prohibited (of course, the source is protected and the water content is strictly monitored).

・Natural Water
Natural Water is defined as groundwater taken at a specific source, which is not treated in any chemical or physical way other than filtering, precipitation or heat sterilization.

・Natural Mineral Water
Natural mineral water is sourced from groundwater containing minerals, and is not processed other than filtering, precipitation or heat sterilization. When you say “mineral water” in Japan, it indicates water in this category.
Examples include: Minami Alps Tennensui, I LOHAS, Oishii Mizu Rokko/Mt. Fuji, Mori no Mizu Dayori, Evian, Vittel, Volvic, and Perrier

・Mineral Water
Mineral Water uses the same water as natural mineral water, but is processed in various ways in addition to the basic filtering, precipitation and heat sterilization, such as ozonation, adjusting mineral content, blending, and so forth. For example, Crystal Geyser

・Bottled Water
Bottled Water is any other drinkable water, including tap water (not a few local authorities in Japan sell bottled tap water to spread the safety and quality of their water). Arukari Ion no Mizu and Deep Sea Water are examples.

Water tastes exceptional when you are very thirsty, so thirst is probably the most important ingredient of tasty water, but what else makes delicious water?

・Temperature
The best temperature is 10-15℃. If the temperature is in this range, you are unlikely to notice the odor of chlorine, even if you drink tap water.

・Good balance of minerals and CO2
Minerals include calcium, magnesium, potassium, sodium, iron, manganese and others. Water with a sufficient amount of CO2 (3 to 30mg/L) contains a refreshing flavor.

・Put tap water in a plastic bottle, and after leaving it in sunlight for 30 minutes to an hour, cool it in a refrigerator. The UV light can decompose chlorine and the water produces less

・Add slices of fruits containing vitamin C such as lemon to water. Vitamin C can neutralize the lingering chlorine.

・You can boil water and cool it down. However, once the water boils, CO2, which is an essential component of deliciousness, will evaporate along with the chlorine, and the water will become tasteless. When you boil water, keep boiling for about 15 minutes without a lid, and cool it down to the preferred temperature. This water is perfect for tea, because it can maximize the flavor.

Best Combination of Water and Food 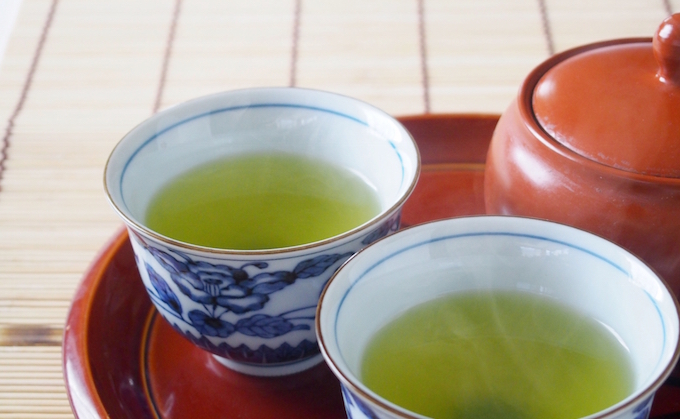 Water, like alcohol, can maximize odors and flavors. For this reason, soft water is the best choice for coffee, tea, green tea and as mixer for whiskey, if aroma is a top priority. When you drink green tea and use soft water, you can enjoy a tartness along with the delicate aroma and flavor of tea, hard water, however, creates a milder taste.
For lightly roasted coffee, soft water can enhance the original bean aroma and create a refreshing taste, whereas for a deep roast, hard water can produce coffee with a mild and rich flavor because the minerals present will neutralize bitterness and tartness. 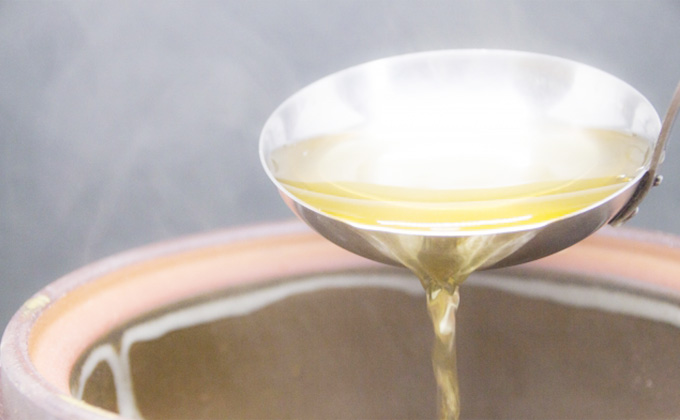 If you want good dashi, use soft water. Soft water, in the range of 0 to 30mg/L, can extract umami flavors such as inosinic and glutamic acids. By the way, kombu dashi broth is used more in the Kansai region than in the Kanto region. This is said to be because of the difference in the two regions’ water. The volcanic ash soil in the Kanto region produces harder water compared to that of the Kansai region, and the water is not suitable for kombu dashi. This is why the dashi combination of bonito flakes and dark soy sauce became common in Kanto. That being said, water quality today is managed by public utilities, so there is no longer a big difference between water in Kanto and Kansai. 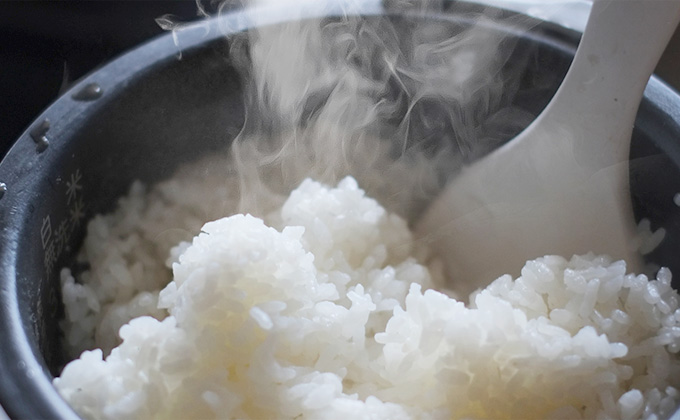 The best water for cooking rice is the one taken from the area where the rice is produced. Therefore, if you cook Japanese rice, the best water is soft water with less than 70mg/L. 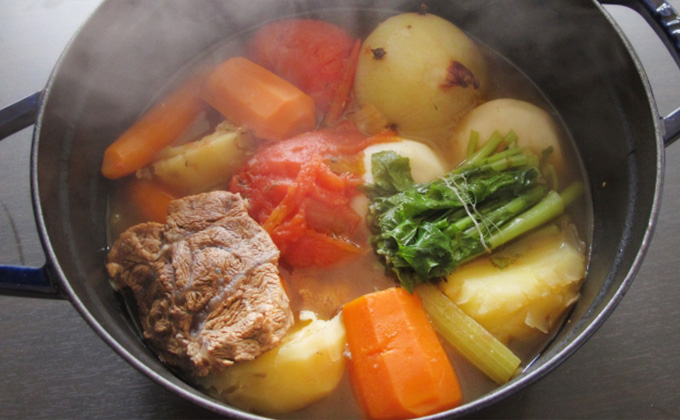 When you stew meat or make soup using meat, hard water with 200 to 300mg/L is the best. Soft water will release bad odors, while hard water promotes the great flavor of meat because minerals react with protein to form a layer of scum that can be skimmed off the top. 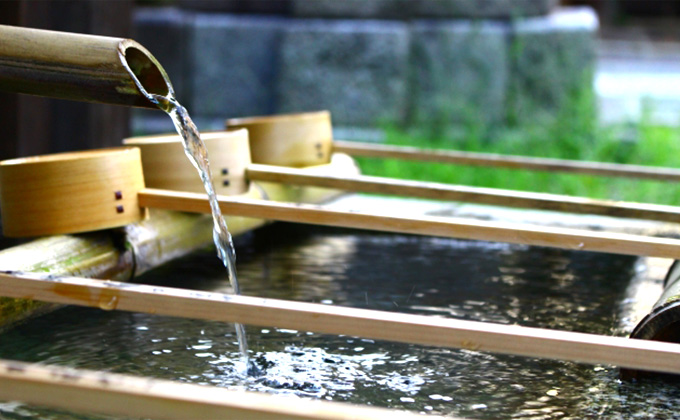 ・Misogi
Misogi is soaking in a river or the sea to purify yourself and wash sins away. Before you worship at a shrine, you cleanse your mouth and hands with water, and this is a simplified version of misogi. Water is used for purification, similar to worship at mosques or Christian baptisms.

・Uchimizu
Uchimizu is water sprinkled in front of your house on hot days in the early mornings or evenings after sweeping up, in order to keep dust and temperatures down.

・Mizusakazuki
Mizusakazuki is pouring water, instead of sake, in a flat sake cup and drinking it. When saying farewell to someone you may never see again, mizusakazuki is exchanged. 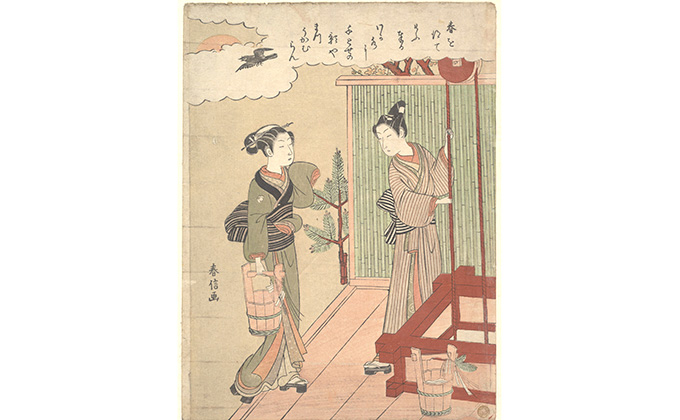 ・Wakamizu
Wakamizu (literally: young water) is the water drawn on New Year’s Day to offer to the deity of the year and for cooking. It is believed that if you drink wakamizu, you can steer clear of evil spirits, so, families drink fukucha, “lucky” tea prepared using wakamizu, together on that day.

・Kan no Mizu
The period of 30 days from Shokan (around January 5th) to Risshun (around February 4th) is called Kan no Uchi (literally: inside the coldness), and Kan no Mizu means the water drawn during that period. The water around this time of year is considered soft and of good quality, meaning it can last long without going bad. Kan no Mizu is also considered to be good for health, so, it was drunk as medicine. Kan no Mizu is used to make sake and mochi (rice cakes).

In Japanese, water is mizu (水/みず).
Here is a collection of common sayings and phrases using the word “mizu.”
Take a guess what they mean!

・Mizu ni nagasu
Literally: “let flow in the water,” mizu ni nagasu means not to place blame or hold grudges for what happened in the past, and to forgive. It is derived from the customs of washing evil spirits and sins away in rivers or the sea.

・Mizu no awa
Meaning “bubbles on the water,” mizu no awa is used to describe something that stays only fleetingly and then disappears.

・Mizu to abura
Mizu to abura means “water and oil.” Easy? It refers to things that are so different that they can never be mixed, or which have opposite characteristics.

・Mizukusai
Mizukusai (literally: smell of water) was used to describe something that is watery, and came to be something said to a good friend who is acting cool and distant.

・Mizu ga Awanai
Mizu ga awanai literally means “water doesn’t match,” and has come to be used to describe the state of not getting on well with the culture and habits of a strange land.

・Mizumono
Literally: “water matter,” mizumono means things that are a matter of chance, both unpredictable and unreliable, as well as, liquid and watery food such as fruits.

・Mizushobai
Literally: “water trade,” mizushobai refers to unstable businesses, whose revenues are influenced by popularity and people’s tastes, such as restaurants, nighttime entertainment (including bars) and hostess clubs.

・Mizu wo Sasu
Literally: “pour water in/on,” mizu wo sasu is used to describe disrupting something or spoiling a relationships that is going well.

・Mizuiro
Mizuiro means the colour of clear water: pale blue with a hint of green.