For the Love of Learning: Tackling Kanji, Part 1 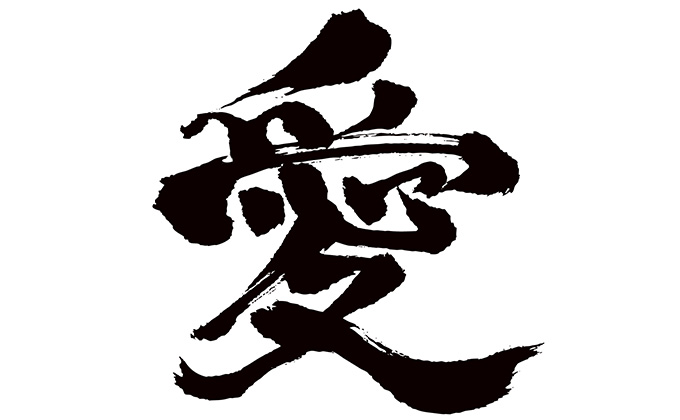 Westerners have long held a fascination for kanji. (Kanji are the historically Chinese characters adopted and adapted into part of the Japanese language writing system.)

T-shirts and tattoos are the most common places to find these ancient, yet modern, symbols that people adopt to remind themselves to “be loyal” 忠実, “stay calm” 鎮, ”love” 愛, or “persevere” 頑張. The appeal is in, not only their artistic appearance but, also their ability to convey a single idea with one or two images. But, what if you could really read and write with these expressive characters!?

The number of kanji you’ll need to know to survive depends on whether you are planning a visit, a long-term stay, or a full-on career change. There are just over 2000 “basic” kanji that are considered necessary to be fluent or literate (like being able to read a newspaper or adult novel). Japanese children must master nearly a thousand during their nine years of compulsory public education. So, what do you want to be able to read?

For those planning a quick visit to Japan, there are three main places you will run into kanji: restaurants, signs on transportation and around town, and supermarkets or department stores.

The most common kanji in restaurants are for “set” meals 定食 which usually include an entrée like grilled fish 焼き魚, rice ご飯, pickles 漬物 and miso soup 味噌汁. Specials like all-you-can-eat/all-you-can-drink 食べ放題・飲み放題 often have different prices for men 男子 and women女子 (Women usually eat and drink for less. Lucky or sexist, you decide!). Prices, too, are sometimes listed in kanji, 二千円＝2,000 JPY for example, especially at authentic sushi bars where you sit at the counter and get to watch! Preparation methods are often written in kanji: steamed 蒸し, grilled 焼き, fried 揚げ, boiled 煮物, raw 生, as are sushi 寿司 (especially rolls 巻き寿司), and sashimi 刺身 at most places. 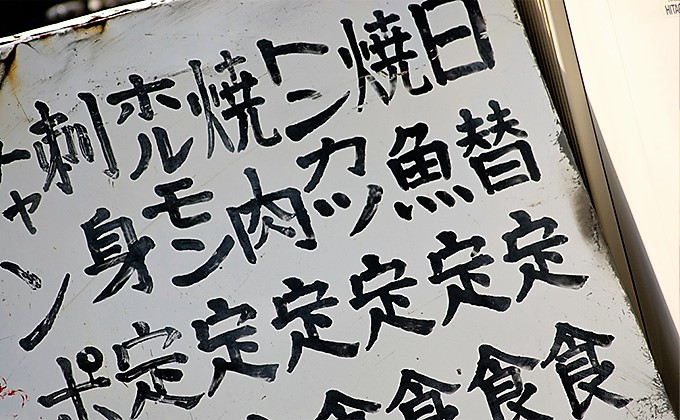 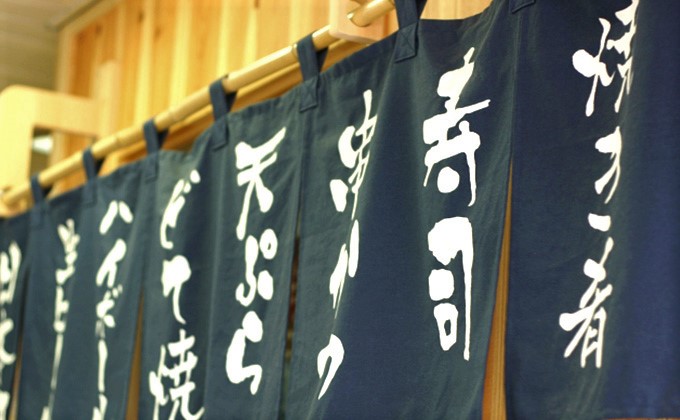 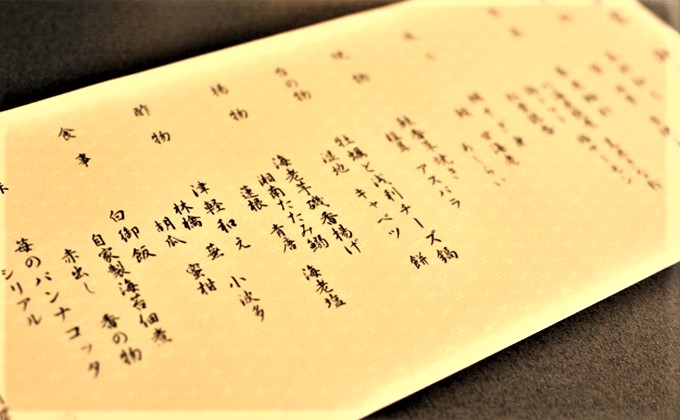 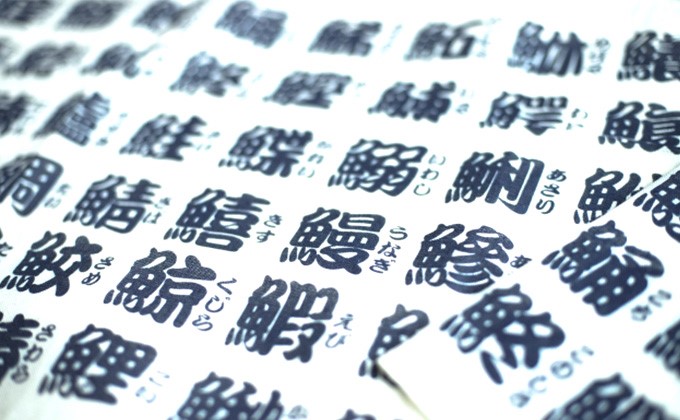 Various kinds of meat 肉: chicken 鶏肉, pork 豚肉 and beef 牛肉 kanji are commonly found on menus or menu boards. There is a basic character for fish 魚, but they also have individual kanji like 鯖 (mackerel), and 鮭 (salmon) which tend to be confusing, especially when you are going out for sushi!

NOTE: Kanji written horizontally is read from left to right. When written vertically, it is read from top to bottom and right to left, starting at the top right corner.

Transportation and Around Town 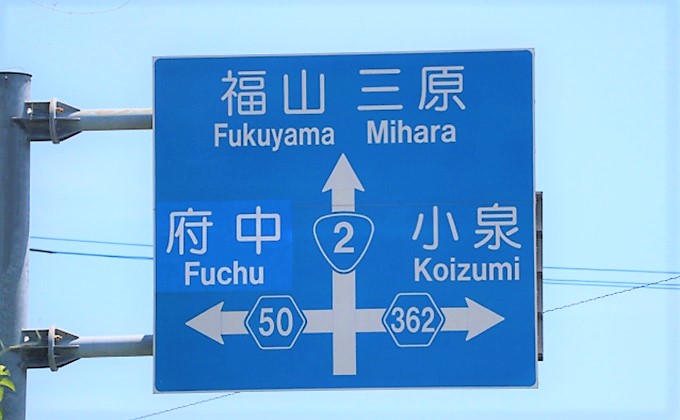 Kanji on the train and in stations of large cities will almost always have Roman letters accompanying them, but in smaller towns and rural areas, that might not be the case. Most towns and areas are named with two kanji and, luckily, lots of destinations have common characters in their names like river川, mountain 山, rice field 田, big 大, small 小, north 北, south 南, east 東, and west 西. Kanji around town will also have these characters to name neighborhoods, streets and bridges, often combined with inside 中, outside 外, and upside-down (JK!).

NOTE: Japanese toilets are ecologically designed to use only the necessary amount of water for flushing. So, choose your flush setting wisely by knowing these kanji: 大 is for the big stuff, 小 is for tinkles. For more advanced procedures, the pictures are pretty self-explanatory, but if you push something by mistake and want it to stop, look for this kanji 止.

On trains you will want to make sure you know the difference between reserved seating 指定席, open seating 自由席, and priority seating 優先席.  It’s also good to be able to recognize what kind of train you are getting on, a local one that stops at every stop can be labeled 各駅停車 or 普通, whereas a local express 準急 makes fewer stops. If you want a slightly shorter ride, try the rapid train快速, but make sure it stops at your destination. There are also express trains 急行 that stop only at major stations, and limited express trains that may not stop along the way at all 特急.  Don’t forget the famous Shinkansen Bullet Trains 新幹線, too.  Finally, it’s always good to know the train’s destination 行き先, and whether you have reached the last stop 終点! 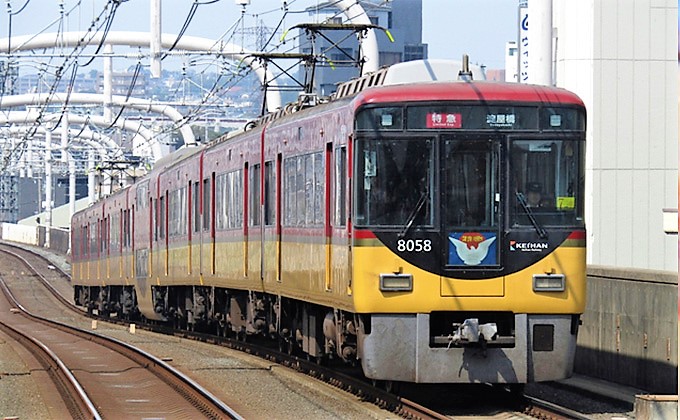 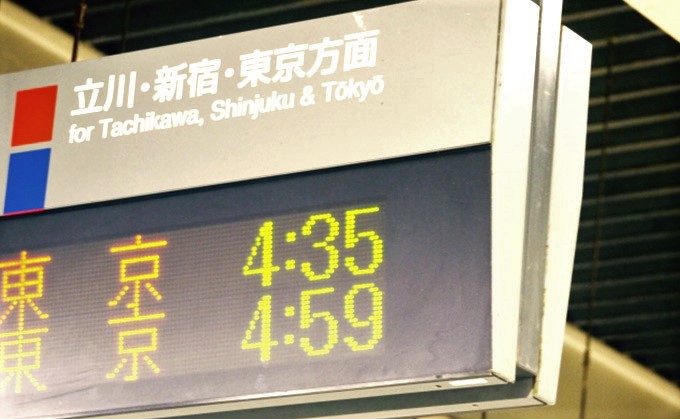 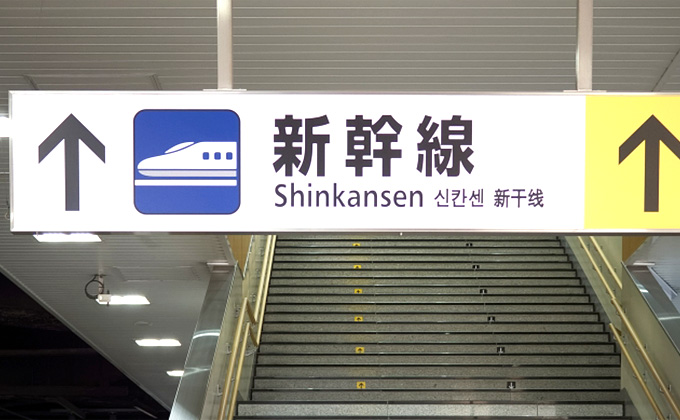 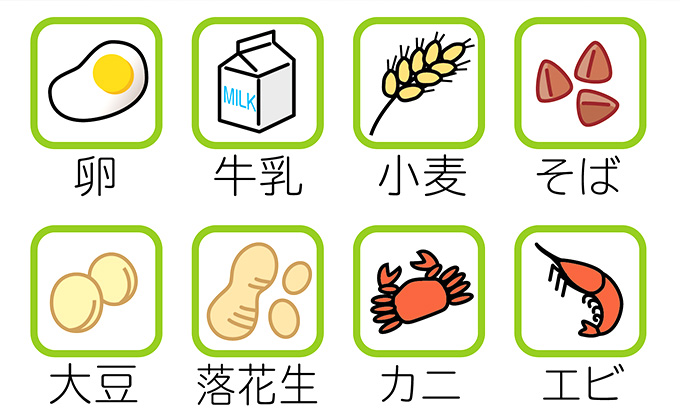 Kanji at the supermarket can be frustrating for those with special dietary restrictions like vegans and vegetarians, and medical conditions like diabetes and allergies. Knowing how to identify the kanji for things like meat肉, fish 魚, eggs 卵, barley 大麦, salt 塩, sugar 砂糖, fat 脂肪, carbohydrates 炭水化物, gluten-free グルテン不耐性, wheat 小麦 and buckwheat 蕎麦, peanuts 落花生, and MSG 調味料（アミノ酸）could save you in more ways than one! Make a little list in your schedule book, or write these characters out and take a picture of them to have on your phone for when you run into trouble. 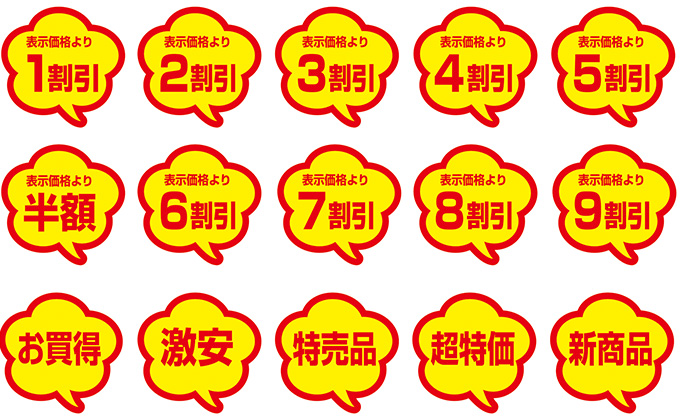 Prices are almost always written numerically, but sometimes certain things are labeled on sale at a certain percent off; 2割引 or 3割引 (20% or 30% off), or half-off, 半額!

Deciphering kanji in department stores starts outside the building or just inside the entrance, where you can usually find a large sign or floor map identifying the location of shops within the department store. The character for shop is 店 or 屋. Being able to decipher some basic kanji will allow you to shop more efficiently because you will know where you are going!

Do you want clothes 衣料品/服 or shoes 靴; for men 紳士, women 婦人 and kids 子供/子ども, to be more specific. Or maybe you want a fancy kimono 呉服! For books and stationary, search for these kanji: 本, 文房具, 書店.  Ready for a break, keep an eye out for a coffee shop 喫茶店 or go raid the samples in the 食品 area (Isetan’s basement food section samples can satisfy any craving!).  Need some beauty products or pain killers? Look for a drugstore 薬屋/薬局. Want a new look? Visit a barber shop 床屋/理髪店or a beauty salon 美容室/美容院.  Need some new floor cushions or an Asian-fusion lantern lamp, try the 家具 floor. Peruse the latest gadgets at an electronics shop 電気屋, 電化製品 or 家電, then slurp up some noodles and pot-stickers at a Chinese restaurant 中華料理店. You can spend a whole day and the contents of your wallet in a department store! And when you are ready to go home, look for the entrance/exit signs 出入口. 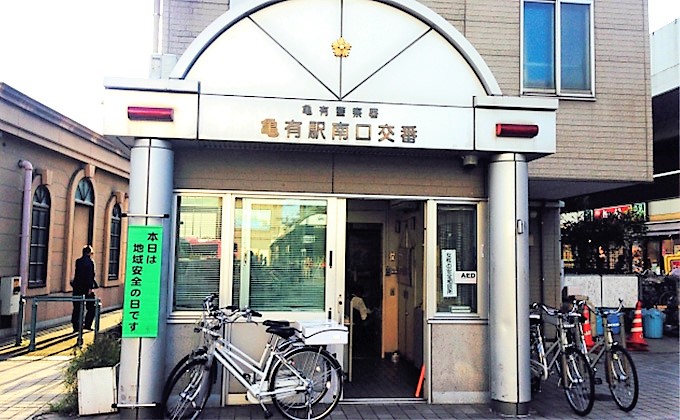 NOTE: Speaking of wallets, in the unlikely case that you are pickpocketed, look for the local police box koban 交番. They will be sure to be of assistance! If you lose something, you can check the 落し物 counter, too.

“Education is our passport for the future, for tomorrow belongs to the people who prepare for it today!”  -Malcolm X

While these kanji may look like chicken scratches to you now, the more you study them, either by downloading flashcards, copying them out in your best penmanship, or having them tattooed somewhere, the sooner you will be able to recognize their meanings.  Of course, just being in Japan and hearing Japanese being spoken all around you will influence your ability to understand the language. Many studies show that the first step to learning a language is listening, (then speaking, reading and writing). For the older student, however, studying the spoken and written word simultaneously can be extremely beneficial in that you are increasing your sensory exposure by including sight and touch (your pen! the needle!) with hearing. Good luck!