“Ahhhh, Look at all the Lonely People” 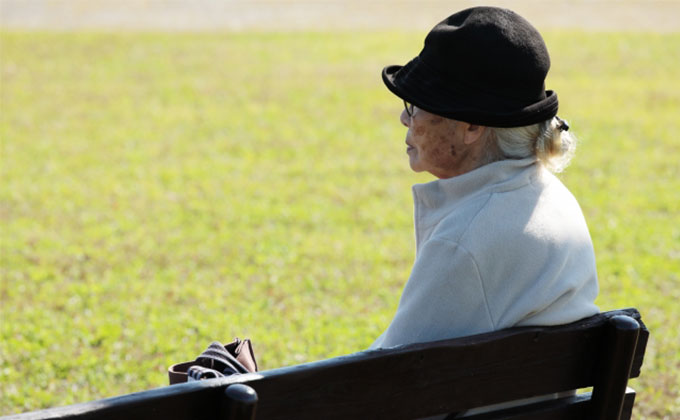 A Japanese friend of mine, who lives in the States and was visiting her parents who live down the street from me, called crying, “My mom has an addiction to shopping!” After listening to her story, though, I feared the addiction was not so much to shopping, but to conversation and kindness. Apparently, her mother is visiting a local hotspot where unethical practices are taking place. Here, con-artists convince the Eleanor Rigby’s of this small town to buy large quantities of expensive vitamins and supplements “on special, just for you, today!” Using that old lure: “take home now, pay later,” this company is sinking its claws into the savings of people who are really just looking for someone to show an interest in them.

It’s no secret that Japan’s population is the oldest in the world, and, apparently, the third loneliest, if you simply count the number of people living alone. 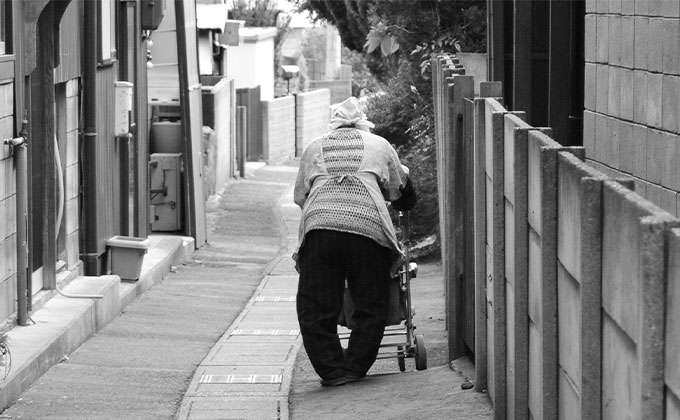 These days, children and grandchildren are moving away (sometimes even to other countries!) rather than continuing family traditions in a multigenerational household, as used to be the responsibility of the eldest child. Aging parents and grandparents are left to fend for themselves, and though many remain relatively mobile and independent, the lack of daily interaction with family members is wreaking havoc on a lot of Japan’s baby boomers. For some, a chasm of loneliness opens, not only for those living alone, but also for couples who find they have little in common once their kids have flown the coop.

Left to their own devices, pensioners are forced to seek out companionship and some find it in less-than-savory places.
Or worse, they become targets in an “Ore, ore!” scam.

Ore, ore sagi (literally, “It’s me! It’s me!” scams) usually start with a phone call where the “son” (it’s almost never a “daughter”) calls out of the blue, saying he’s in trouble and needs money. The aging parents, (most targets are women over 65 years old) desperate for contact and conversation, willingly believe the caller and promptly transfer the requested funds, only to end up being swindled, and then blamed by family members for their gullibility.

For a while now, these terrible telephone scams have been rampant, with subsequent consequences of victims becoming depressed or suicidal after handing over their life-savings.  Media and the police have been attempting to educate the public, even conducting “Awareness Campaigns,” but the number of reported cases hit a record high in 2018, showing that these efforts have had little effect on abating the crimes. It’s Me Again: Telephone Scams in Japan Hit Record Level Despite Awareness Campaigns (Nippon.com)

Victims of “Ore, ore Scams” or those receiving pension checks that just don’t cut it, are sending this traditionally moralistic country into an ethical tailspin. Some members of the retired set have even taken to committing petty theft in order to land themselves in prison where rent and food are free, and there are always companions. According to a recent survey, one in five inmates is over the age of 65, and prisons are having to scramble to provide age-appropriate accommodations.
Why some Japanese pensioners want to go to jail (BBC News)

For people who expected to be cared for in their old age by children and grandchildren, it is both embarrassing and frustrating for them to have to go against the moral code just to get a good meal and a roof over their heads. But, becoming a burden on their children is also an undesirable option. Multigenerational homes, while still more prevalent in Japan than in any other country in the developed world, are on the decline.  P.S. These types of homes are, surprisingly, on the rise in the US!

With the number of pets topping the number of children under age fifteen in Japanese homes, it is no wonder that the multigenerational home is becoming a thing of the past. For a variety of reasons, more people are choosing not to reproduce, and opting for pets or robots instead. But why?

While there are a million reasons why people choose not to get married, or have children, and those who take that path are, for the most part, perfectly happy and not at all lonely, the overwhelming presence of this trend in Japan and the bleak future it is painting has officials and politicians speculating. Here are a few theories as to why people who may really want a family are putting off reproduction.

1. Kids are Expensive
The foreboding cost of raising a child with the best of everything, from clothing and sports equipment to piano lessons, not to mention a higher education, is a deterrent for many. But it doesn’t have to be. I often get flak from my kids for our lack of trips to Disneyland or the limited clothing budget, but I try to put things into perspective for them: get this stupidly overpriced brand-name t-shirt NOW, or save your yen for the festival next week. I find myself doing what my own parents did, too: forking out the price for generic jeans, and having the kids make up the difference if they want designer ones. In this even-kids-are-entitled-to-instant-gratification era, practicing a little wait-and-see could save you a lot of money, as well as impart some valuable life lessons. I’m assuming that it takes a lot more effort to program a child than it does a robot, though.

2. Sexism is Rampant
Another obstacle is the persistence of sexism at home and in the workforce. Women around the world, but embarrassingly so in this otherwise sophisticated nation, are still expected to bear the brunt of housework and childcare even if they are working outside the home fulltime. Even with Abe’s “Womenomics” tapping into the female labor force, the jobs slotted for women are, more often than not, part-time and/or low-paying, with limited chances for advancement. Combine these factors with expensive and spotty childcare and the future is anything but bright.
Why does Japan make it so hard for working women to succeed? (New York Times) 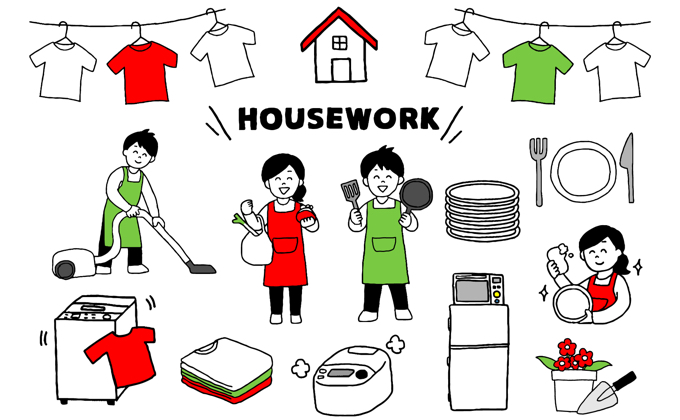 There is hope, though. More young fathers seem to be sharing the responsibilities of child rearing and housework, especially when the moms are doctors or nurses, or involved in eldercare and other jobs that require night shifts. Personally, my husband does a lot of cooking and taking care of the kids, but he did spend nearly ten years in liberal California, so he may not count, exactly.

3. Establishing a Career Takes Time
In this sketchy economy, focusing on a career first makes sense, especially if it is one that requires long hours and intense focus. Waiting till later in life to start a family is an international trend, one that can be expected to continue if current financial and political conditions remain unstable. Once you start working, too, it becomes harder to take a break, and once you do take a break, especially for women, it becomes harder to go back.

Do not despair, though! Many Japanese nursery schools offer early morning, evening and Saturday care, at least in the countryside, and some workplaces are adding daycare centers and more flexible hours. Australia is promoting a job-sharing idea for professionals that just might be the answer to Japan’s female prayers, too.

4. Tuning into to Technology
People have been steadily turning to technology ever since broadband service was introduced, and for most desires the World Wide Web delivers. Almost anything we want, we can get online: music, movies, porn, books, travel, tutorials, politics, affirmation, the list goes on and on. We adore our devices, often taking them to bed with us, and some experts tout this as the reason for the decline in sexual activity, and less sex means fewer pregnancies, etc. Teenagers, those who have been historically MOST interested in sex are now known as the ones who are most “married” to their phones, are having way less sex than the generations before them, if that’s any indication of the culprit!

You who choose to live alone, or opt for a pet or robot companion, because you want to, more power to you! The stress of the outside world can be exhausting, the friendship filters of social media: a godsend, and being able to return to your own little carved out space every night: therapeutic escape. I hope to be you in my next life, maybe…

For those who crave more intimate, long-term connections with actual flesh-and-blood but are afraid to venture out, though, don’t give up! And while having babies and raising kids is the messiest, hardest job I’ve ever done (and I’ve detasseled corn in Iowa in the summer!), it’s the one that gets me out of bed every morning. This mother-of-four has put off quiet nights of doing whatever she wants with whomever she wants for another fifteen years or so, but she encourages those with dreams of love and companionship to take the plunge and find a way to have it all!