A Shortlist of the Cool and Famous 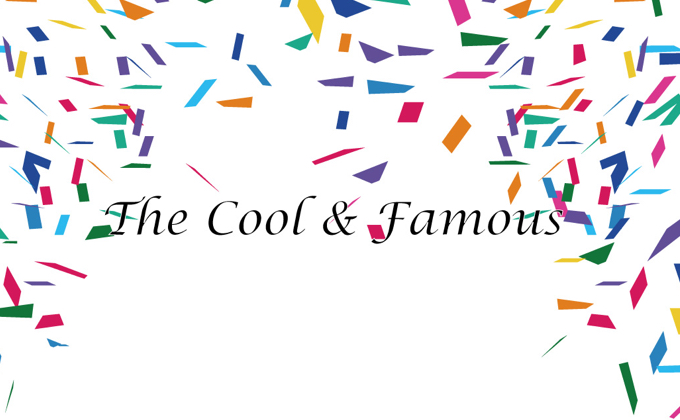 The expectation to always be informed can be stressful, and in this day and age, it may be more difficult NOT to know about something! So, of course, you’ve heard of people like Marie Kondo and Taka from One OK Rock. Wait, what!? You haven’t?! Well, let me fill you in on some internationally popular people of the Japanese persuasion.

Her Netflix series about tidying-up has Americans eyeing every object in their houses with a critical stare and asking: Does this inspire joy? “Konmari-ing” your pantry or book collection is becoming so commonplace that you may have been doing it even before you knew it was a thing.

What an amazing #beforeandafter from @joy.in.organizing. Thank you for sharing your #mykonmari moment!

With translator in tow, Marie goes into people’s homes and respectfully helps them declutter, downsize, and organize. Her motto: Things should be as easy to put away as they are to get out. How ingeniously simple! Sure, most people can start out finding a place for everything, but if the process of putting away is too complicated, it gets hard to keep it up. Ms. Kondo’s aesthetic can definitely be seen in the austere Buddhist elements of Japanese culture, from minimalist tea ceremony rooms to the simple lines of a temple rock garden. It’s not for everyone, but definitely harbors an ecological and economical appeal.

The up and coming lead singer and composer for the Japanese band ONE OK ROCK has great singing genes thanks to his famously musical mom and dad, Japanese enkastars: Shinichi Mori and Masako Mori. The name of the band, although it seems pretty straightforward, actually comes from a time when the band was struggling and had to opt for the cheapest studio time when they wanted to practice: 1:00 AM!  Hence, “one o’clockxrock,” which was eventually shortened to ONE OK ROCK (pronounced in Japan: “one ock rock,” not “one okay rock”).

Watch our official video for ‘Wasted Nights’ now on @youtubemusic’s Pop Before It Breaks playlist!https://t.co/hN5QOTgZxI

Why is he getting international press these days?  Well, his songs are a fantastic fusion of Japanese and English, with his vocals switching back and forth effortlessly, which appeals to my bilingual kiddos cuz they can do it just as well (at least the language part). Completely English versions exist in the States, but I would encourage those with an ear for language to try and pick up the versions with a mixture of Japanese and English. Look for his collaboration with Avril Lavigne, too, “Listen.”

Animation artist and film director, Hayao Miyazaki co-founded Studio Ghibli in 1985 and has been going strong ever since. His creations are not only beautiful to look at, the story lines are thought-provoking and emotionally stirring. Dreamlike worlds combine magical images of underwater nursing homes and slippery river gods with the often harsh realities of attacks by bomber planes and environmental disasters.

There is even a whole museum, complete with a giant Totoro statue, a five-foot robot sentinel and a cat bus kids can climb all over, devoted to the works of Studio Ghibli in Mitaka, Tokyo. Check out the official website at http://www.ghibli-museum.jp/en

After landing in the international limelight with “Rashomon” in 1950, Akira Kurosawa secured his spot with “The Seven Samurai,” in 1954. This standard plot of a band of misfits coming together to protect those perceived as weaker exhibits an upstanding code of honor that officially established the genre of samurai movies, and enjoys popularity in films even today!

The 1990 movie “Dreams” is supposedly based on the actual dreams of this influential director and succeeded in whetting my appetite for all things Japanese. Combining ancient folklore with modern-day commentary, Kurosawa’s views from childhood to adulthood challenge us both culturally and morally, with stories like the one about the young, disobedient boy who is told by his mother that a fox has delivered a small sword with which the boy is to disembowel himself. Instead of protecting him by letting him in the house, his mother sends him off to find the foxes’ den so that he can apologize for witnessing their secret wedding procession in the rain, and locks the door behind her.

No shortlist of famous Japanese people would be complete without a manga artist, especially when her story has spawned a popular TV series! Tsunami Umino’s Nigeru wa Haji da ga Yaku ni Tatsu is supposedly derived from a Hungarian proverb: Szégyen a futás, de hasznos, which can be literally translated as “running is shameful, but useful.”

Often shortened to “Nigehaji,” this is the story of a contracted marriage union. Set in modern day Japan, with extremely on-point stereotypes, Umino’s commentary on married life raises a fresh perspective. Or does it? For some, it harkens back to the days of arranged marriage, with a few exceptions, of course. Find out more at: https://www.nippon.com/en/features/c05603/author-umino-tsunami-portrays-marriage-as-a-career-in-nigehaji.html

This young fashion icon has lofty ideals for her work. She wants to be involved in the creative process of design from the thread to the sales floor. Using simple patterns consisting mostly of circles and lines, and bright, bold colors, she relies on the traditional aesthetic of “less is more.” The resulting designs are both shocking and soothing, ancient and modern. Additionally, Takahashi hopes: “For Japanese to be able to face the culture of their own country and to create next generations who will set out to the world with the pride of being Japanese through the recognition of the values lying behind the culture.”

We are building many bamboo pipes for Nagashi-somen (flowing somen noodles). pic.twitter.com/Lp7pv8ctkD

Her cool, three-floor studio fashioned out of an old factory in Sumida, Tokyo, has eating and working spaces intertwined with buying, selling and fitting spaces. Since artists have to eat and need workspace, including aspects of daily life as part of the web of creating something involves customers and collaborators more completely. As with any renovation, there were spaces that were difficult to incorporate, but instead of covering them up, they have been left as-is, with plans for surprise creative encounters.  Takahashi even raises edible plants on the third floor office/nursery. http://schemata.jp/takahashi-hiroko

This photographer is a self-proclaimed “flower addict!” Her photo exhibition that toured Japan in 2008 was entitled Mika Ninagawa: Earthly Flowers, Heavenly Colors. As a natural extension of photography, and perhaps the result of sharing DNA with her famous theater director father, Yukio Ninagawa, Ms Ninagawa has also dabbled in film. In 2007, she directed Sakuran, based on the manga series by Moyoko Anno. According to Mark Schilling of the Japan Times, Ninagawa’s film is a more authentic version of Memoirs of a Geisha. Read the review that will make you want to see the movie ASAP, if you haven’t already: https://www.japantimes.co.jp/culture/2007/02/23/films/film-reviews/sakuran/#.XHc4AYj7TIU

In 2010 Ninagawa took another manga series, the haunting Helter Skelterby Kyoko Okazaki, and turned it into a psychological thriller with the same name. Her talents have earned her a spot as an executive member on the Olympic Planning Committee, so look forward to seeing some of her work featured in the Tokyo 2020 Games.

Even though they were unable to actually achieve their goal of reversing destiny, the late Shusaku Arakawa and Madeline Gins, gave it their best shot. Using architecture as a base, Arakawa and Gins aimed to extend the average lifespan through constantly challenging the senses, keeping the human mind alert and providing an opportunity to expand or change typical ways of thinking (especially in regard to death).

Their legacy of innovative architecture remains in the Reversible Destiny Lofts in Mitaka where you can participate in a short stay program. Cook in the sunken, central kitchen, scale the walls in the rounded “study” room, and shower in the transparent bathroom for an unforgettable experience that will, if not extend your life, at least expand your mind! http://www.rdloftsmitaka.com/s_stay/?lang=en