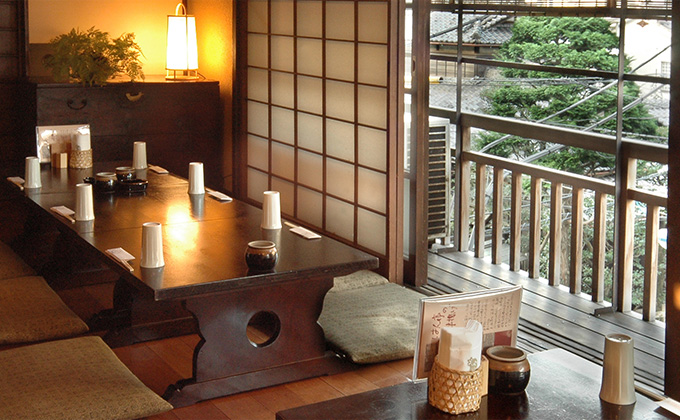 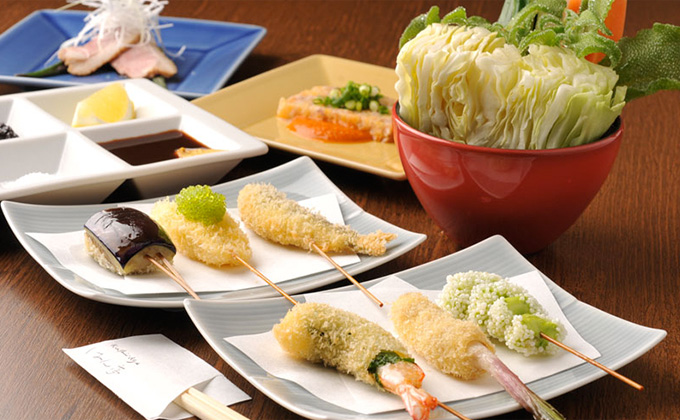 The History of the Hantei Building

Kushiage Hantei Nezu’s flagship restaurant is housed in an old wooden building. This is the story of a local landmark building in the Nezu area.

The Nezu area, in Chuo-ku, Tokyo, used to be deep inside of the bay when the city of Edo was under the sea. After the seawater dissipated, a river appeared and that river eventually became a road. In the 19th century, merchant houses stood side by side along the street. Later on, a merchant house called Mita Shoten came into existence, which made and sold tsumakawa. Tsumakawa is a kind of flap to cover the tip of geta (traditional Japanese wooden sandals) that protects the wearer’s feet from rain and mud. Tsumakawa were essential at that time because the streets soon became muddy when it rained. Thus, Mita Shoten enjoyed prosperity.

As was typical of a large merchant during those times, Mita Shoten further thrived. In 1909, the building extended its second floor, and in 1917, it added on a third level. The building, built entirely with Japanese zelkova, was beautiful and strong. It endured the strong tremors of the Great Kanto Earthquake in 1923 and also survived World War II.

This wooden structure currently houses Hantei Nezu ’s flagship restaurant, but it took a while for Hantei to acquire the building. After the war, the era of tsumakawa came to an end because of the emergence of western-style shoes, and Mita Shoten had to give up its home. It was handed over to a new company and used as a dormitory. Around that time, the owner of Hantei first noticed this building. Attracted by the beauty of the all-wood structure that had existed for years, the head of Hantei negotiated ownership of the building.

Hantei gained possession of the building a few years later and, as it was in poor condition, set to work restoring it. Carpenters and craft workers felt empathy for the owner, who did not want to change the appearance of the building. He wanted to welcome guests, while maintaining the same impression that he had had when he first encountered the site. Some time later, the building started its new life as Kushiage Hantei and began to draw people’s fascination. Around that time, the name of the building was changed to Hantei. The owner did so with the idea that he would like to take a step forward from this new place.

The Hantei Building, constructed at the beginning of the 20th century, has a 100-year history and is still in use. It was designated as a National Tangible Cultural Property in 1999, and bears a plaque that reads: “A Precious Legacy of the Japanese People.”