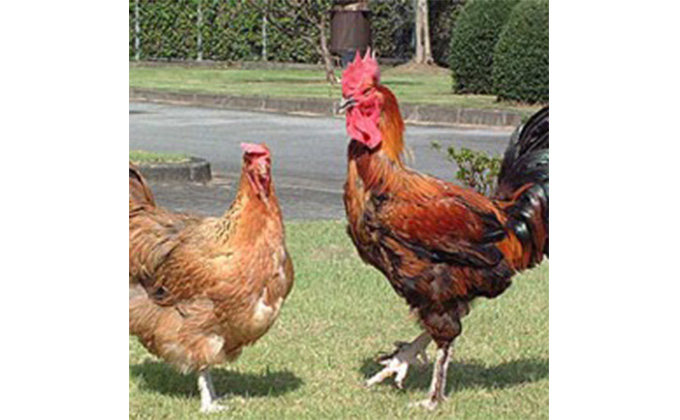 The biggest Amakusa-daio is 90 centimeters in body length and weighs no less than 7 kilograms, the largest of all chickens in Japan. Its meat is extremely delicious and was highly valued in the past. For a while, however, it was considered nearly extinct because of inefficiency in breeding. Kumamoto Prefecture started to restore the species in 1992 and succeeded in reviving it 10 years later. It is a very rare chicken raised by a limited number of farming families in Amakusa, Kumamoto. 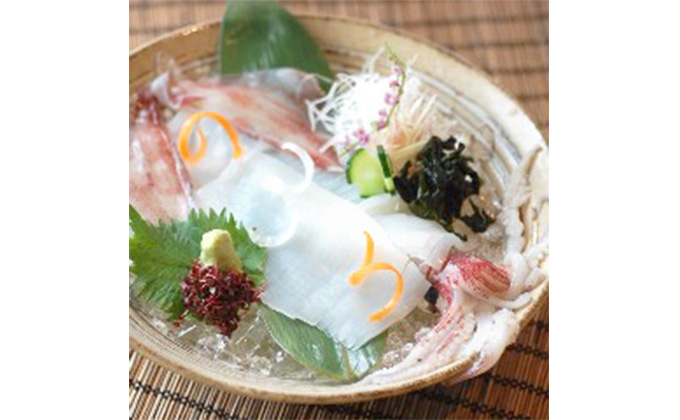 Exceptionally fresh fish, selected out of those collected at Fukuoka’s Nagahama Market from across Kyushu, are airlifted and brought to this restaurant every morning.
(In case no shipment has arrived due to bad weather or some other circumstance, fish from other areas may be used.) 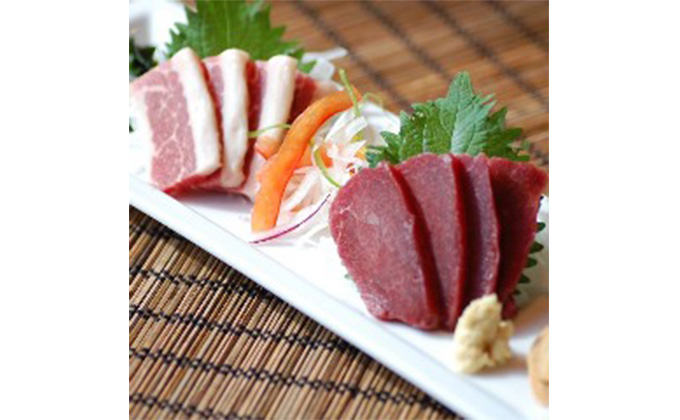 Kumamoto-produced, fresh horse meat sashimi comes in two varieties―tender red meat with a thick flavor and chewy futaego (back ribs). In this restaurant you can enjoy them with crispy garlic chips and grated ginger, plus tamari shoyu (rich soy sauce).

We’re particular about our rice.

We are proud of the flavor of our rice when it has been boiled to its best state. The rice we use is the Kyushu-produced brand-name rice ordered from across Kyushu.